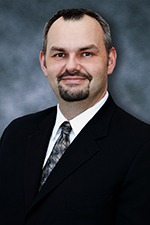 Joe Borgstrom, director of Michigan’s new EB-5 Regional Center in Livonia, which connects foreign investors with potential development projects across the state, spoke with DBusiness Daily News about the center and its recent efforts.

1. DDN: The Michigan regional center received relatively quick approval. Why is that?

JB: The process to create a regional center with the United States Citizenship and Immigration Services Division at Homeland Security normally takes nine to 12 months, and we’ve heard for some folks it takes as long as two to three years. We applied in January, and were officially approved in April, or 77 days later.

(The Michigan center) is really designed to be an independent third party that will help garner information on various eligible projects, vet them, underwrite them, and then be able to present them to similarly vetted and approved investors. What we’re trying to do is facilitate more money into projects that will help create jobs in Michigan and help bring immigrants into the state as well.

2. DDN: Have you started meeting with potential investors?

JB: (Before the center was approved) we went to China and the Middle East to talk to potential investors just to see if there was an interest out there. We wanted to make sure if we were going to go down this path that there would be something that we could actually produce out of it. And what we found is that there’s a tremendous amount of credibility that comes with a state government-owned center versus a privately owned one.

So we’ve talked to individual investors who run that gamut from wanting to be a traditional investor who say, “Bring me a project, and if I like it, I’ll put a half million or a million dollars into it.” Or we’ve actually had a few people say, “I want to start my own business, and build my own building — can I qualify my investment though EB-5 and be able to get a green card out of this process as well manage my own project?” And the answer to that is yes. We’re finding people both want to be entrepreneurial on their own and others who just want to an investor on a project that creates jobs, where they can benefit as well.

3. DDN: Have you experienced any resistance?

JB: Most organized groups are very positive about it. The two negative things that we hear the most are that this is taking American jobs and that we’re selling green cards. And in both of those cases, that’s not true. This is the only visa that requires the creation of jobs over and above the individual themselves — and significantly so by having a requirement of 10 new jobs — so I think that negates both of those points.

4. DDN: What are you doing to market the regional center?

JB: We’re planning a couple trips to Asia to speak with potential investors there. We’re talking about both China and Vietnam. South America is on our radar as well. We’re also talking about Brazil. So a lot of the BRIC countries (Brazil, Russia, India, and China), which have the fastest growing economies. People still forget that the United States has the gold standard for quality of life, so even folks who are generating wealth in other countries want to be able to have that gateway to the U.S.

5. DDN: Whom is the center attracting?

JB: We’re seeing a good number of countries that have been directly affected by the Arab Spring in the Middle East. For example, when we were there last November, we met with an expatriate who is a New York educated CPA. He and his wife own several small businesses in Cairo, but since the Arab Spring, they have been looking to get their family out of harm’s way. So (many of these foreign investors) are looking for a better life, which is why people are interested in the EB-5 program. It gives them access to American schools and education. And Michigan, having two of the top 100 universities of the world — the University of Michigan and Michigan State University — makes a pretty attractive offer. Also, after a very cold hard long winter, its easy to take for granted that we have 20 percent of the world’s fresh water in the Great Lakes, but on a global scale, that kind of talking point hits home with a lot of folks.