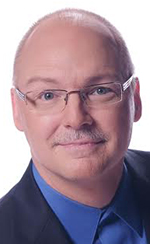 Jeff DeGraff, a professor at the Ross School of Business at the University of Michigan, has advised many leading corporations about how to grow, change, and ultimately move forward. On Tuesday, he presented the morning keynote address at the second annual Governor’s Economic Summit about how to make innovation happen in Michigan. Afterward, he spoke with DBusiness Daily News.

1. DDN: What were the major points of your presentation?

JD: The first was there are four major types of constituencies in the state of Michigan — everybody from community builders to investors to entrepreneurs to major municipalities and corporations. The key to success is for these groups to work together constructively. What’s important about this is what we call constructive conflict. Conflict is good but it has to be constructive. You have to work together to create new ideas. And you’re seeing that (come to fruition) in downtown Detroit near the Madison Building; you’ve always seen it in Ann Arbor; and you’re starting to see it in the Grand Rapids/Traverse City/Kalamazoo (areas). So you’re seeing pockets of it.

2. DDN: What’s the next step we should be taking?

JD: If you’re going to build, build on what you have. Michigan’s key advantages are its natural strategic advantages. (That includes) our relationship with Canada, which is almost one third of the trade in all of the United States; being surrounded by 95 percent of the fresh water in the country; and engineering. The highest concentration of power engineers in the world is actually in Michigan. So, build on where you’ve got huge advantages.

3. DDN: What parallels do you see between the state and the companies you work with?

JD: There’s a famous saying by the great economist Joseph Schumpeter: “The seeds of our undoing are sewn at the pinnacle of our success.” I deal with very large Fortune 500 companies, and usually, I get called when whatever they were doing all of a sudden isn’t working as well as it was before. They have to adjust in order to keep growing.

States and municipalities are no different. Nobody decides to innovate when everything is going well. I think what’s happened in our state is that we’ve had these very slow gradual downturns, and we hadn’t had any radical downturns until recently. And that’s really brought a lot of new thinking in because the risk of radical change and the reward of staying where you’re at is only reversed when you’re in a crisis. And I think that’s what’s driven Michigan forward.

4. DDN: So our next problems will arise once Michigan has reached safe ground?

JD: I am extremely concerned about that. As things get better, the risk and reward proposition will be such that maybe we won’t finish the job. But you need to finish the job. It doesn’t count until a new order is installed, and that really means that in some ways you have to undo the old ways.

JD: The summit was terrific in trying to get people to connect with each other, to connect businesses, to connect municipalities — and get them to start creating. I think what I was preaching (during my address), the whole summit was designed to do. And it’s one of the first steps that the state is putting in place (to grow). I’m actually quite optimistic about.