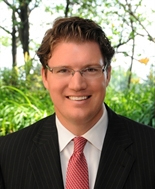 Jason Geisz, vice president of investments at Morgan Stanley Wealth Management in Bloomfield Hills, spoke with DBusiness Daily News about his role as captain of Affirmed, which — along with 222 other boats  — will compete in the 2014 Bell’s Beer Bayview Mackinac Race. Organized by the Detroit-based Bayview Yacht Club, the race kicks off on Lake Huron on Saturday and finishes at Mackinac Island.

1. DDN: What distinguishes the Affirmed from its contenders?

JG: The overall program. I treat it like a business, and I’ve got 10 to 12 guys who are super committed. And — like a business or any type of team — the guys that are most committed to training and getting better are the ones that are ultimately going to end up at the top.

2. DDN: What have you done to prepare for this year’s race?

JG: We spent a lot of time training on the water. We’ve actually practiced seven times this year, about half of those times with a professional sailing coach. We had our final practice session (Monday nght) and we had the boat pulled out of the water to clean the bottom, so there’s no drag, no resistance. A lot of guys put their boats in the water in May or June, and they haven’t gone swimming to scrub the bottoms and they don’t pull them out before the race, so that’s an advantage I have.
(Two weeks ago), we won a regatta in Grosse Pointe, where we went swimming and scrubbed the bottom before the race. I didn’t see one other boat do that. And we ended up winning the race. We did a lot of other things right, but it’s all of these other little things that add up.

3. DDN: How do you use technology in your research and preparation?

JG: We put a GoPro (camera) on the back of our boat and record every practice session and every race that we participate in. And then we go back and analyze what we did right and what we did wrong — it’s such a great training tool, and it’s something that I don’t think a lot of people are doing. We also use Expedition, which is software that helps us with route optimization. It helps us say, “Hey, we should go this way or that way.”

And then weather forecasting is extremely important. We have all of the information (provided by) the NOAA buoys that are on the lake. So we are very diligent about getting every piece of information that’s out there.

4. DDN: Do you have any strategies for once you’re on the water this weekend?

JG: We have an 11-point checklist that I’ve created based on my leadership, my crew skills, and the coaching and the training we’ve received. I call it my 2014 Mackinac Winning Plan. So that’s kind of our template, because we will get tired. We have a watch schedule where we might sleep four to six hours out of every 24 hours. But sometimes the conditions don’t warrant that and you have to push your boat harder and the crew can’t sleep. So we have that 11-point plan that the decision makers — (me), the information captain, and the boat speed captain — will constantly be looking at.

JG: Last year, toward the end of the race, I made a couple of mistakes that cost us the victory, which I don’t want to see again. One thing — (which) was more of a calculated risk than a mistake — was that, closer to the end of the race, it looked like we weren’t going to win because (another boat) was too close to us and we had to give him a lot of time. It’s a handicap sport, so I had to give this guy 52 minutes and he was 20 minutes behind. I decided that we would roll the dice that the conditions would change — either the wind direction or the wind speed, neither of which happened. And since that didn’t happen, we ended up losing to him (as well as) two other boats that we had beat to the island, but on corrected times, we ended up getting fourth out of 15 places.

(Looking back), I wouldn’t have taken that risk. I might not have won, but I would have had a higher finish. And ultimately, this sport needs to be about winning, but it also needs to be performing to your optimal level, and we didn’t because of that risk that I took. (This year) I will be analyzing that checklist with my crew throughout the race. And the number one thing on there is, “ How do I keep myself between my closest competitor and the finish line?”

Editor’s note: An earlier version of this article incorrectly identified Geisz’s boat as Affirmation. The correct name is Affirmed.