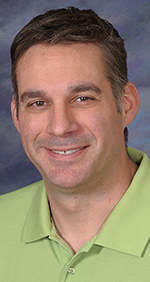 Builders and real estate agents aren’t the only professionals who have been impacted by Michigan’s housing rebound. DBusiness Daily News spoke with George Gaves regarding the trends he’s noticed as franchise owner of WIN Home Inspection in Ann Arbor.

DDN: We’ve heard a lot about the continued growth in Michigan’s housing market. How has this impacted in your business?

GG: I follow all of the hard numbers just like the real estate agents do. Sales have gone up quite a bit in the last couple of years and, of course, that helps my business. I wouldn’t have bought this franchise (in 2011) if I hadn’t seen that uptick in this area.

I’ve also seen an increase in the number of distressed properties that I inspect. I hardly ever dealt with distressed properties when I was in real estate, and now, it’s normal. Nearly half, (or about 40 percent), of the homes I inspect are vacant and have been foreclosed on or are in a short sale. That’s not necessarily a negative thing. People just want to understand what they’re getting themselves into, whether it’s a distressed home or not.

DDN: After an inspection, do most people go through purchasing a distressed property?

GG: Most people are pretty well informed. They don’t think they’re buying a new house. They know these projects are involved, and they know they’re getting the house at a cheaper price. I don’t think there’s a great gap or divide between the numbers of people who go through with their purchase with the newer properties than those with the distressed properties. They know what they’re getting into, but they bring me in to make sure it’s not such an overwhelming problem that it’s going to bankrupt them by the end of the day.

DDN: Are those who buy these homes a bit handier than your everyday clients?

GG:  Not necessarily. I had a couple buy a 100-year-old farmhouse that had been vacant for a number of years and had been foreclosed on twice over the last decade. And it was in really rough shape. (The couple) had very little skill, but they wanted to tackle this project. What they ended up doing was they took my report, and they’re basically using it like a big checklist. And now I hear from them every couple months or so, saying, “Hey George, we’re onto the next thing.”

DDN: You’re business is based in Washtenaw County, but you cover a good portion of southeastern Michigan. Do the homes differ throughout the region?

If you have a client who is a university professor, they might (understand the inspection results) the first time you say it, but they don’t have a whole lot of hands-on experience. So what I’m describing to them during the walk-through are things like regular maintenance or the level of professionalism they need to attend to different issues. On the flip side, in the metro area, we have a lot of people who are really hands on or mechanically inclined. In their case, the explanations get a lot more technical.

It’s a pretty cool area because we have such a big, vast range of expertise as far as skills and the resources (the clients) bring to the table. On the one hand, somebody might have very little financial resources, but they have a lot of physical skill. On the other hand, somebody has zero skill in that regard, but they have the financial resources to go ahead and take care of the repair anyway.

DDN: With the housing market improving, do you anticipate expanding your business?

GG: It’s kind of weird. Construction almost came to a halt for a few years, and then, all of a sudden, we saw the projects get picked back up or the land resold. There’s one golf course community where they’ve built about 40 to 50 houses in the last year and a half. And they’re all sold now. So when you see that sort of expansion, it gives you the encouragement to go ahead.

But, you know, you have to be smart about the economic cycles. There are peaks and lows. Are we at a peak right now? I hope it goes a little bit higher. I hope that instead of the crash at the other side that we just saw, we get a nice plateau. That consistency would give everybody something to build on.