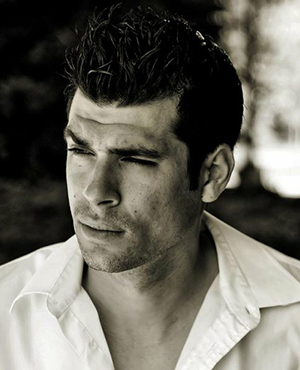 1. DDN: What do you have planned for New Year’s Eve?

GH: We’re doing a big countdown clock pushing us toward “The D Rise,” as we like to call it, on the fourth- and fifth-story windows of the Compuware building. Everybody outside can look up and see this clock counting down until midnight, (followed by an) elaborate countdown sequence in that last minute. After that, we’ll get into some really fun mapping effects. We’re also providing the visuals for a big LED setup inside the Compuware atrium and Hard Rock as well.

2. DDN: What is projection mapping?

GH: It’s taking projectors of many different size strengths and scales and using them to enhance architecture or a sculpture. We usually get a 3-D scan of a building, which we remodel in a 3-D computer program. From there, we add our effects. (Daniel and I) both have a history in filmmaking, so we really try to take a narrative focus with any projection mapping we do. A lot of other examples around the world and country are based on these sort of “wow” effects. We like our displays to also have some sort of storyline that can either enlighten or educate people to some extent.

3. DDN: What other projects are you working on?

GH: We’re breaking into a semi new market, (being) the auto show. We’re working with a future technologies automotive supplier named Denso on displays for the (North American International Auto Show in Detroit) and CES in Las Vegas. We’ve modeled a scale replica of Detroit and will be projecting some of their technologies onto the city model for people to see. This one is fun because it’s actually the smallest projection we’ve ever done. It gives us a whole new added dimension to what we do.

4. DDN: What other opportunities are there for digital mapping displays?

GH: The No. 1 thing Dan and I took away from (our participation in) ArtPrize (in Grand Rapids) came from caretakers of the elderly, sick, and disabled. They kept saying that our piece was so relaxing and calming, that they saw it as a form of art therapy. (To watch a video for the art installation, click here.) I think a morally rewarding thing to do would be to provide a service like that to help people cope with their individual issues. Once we get done with this big corporate auto show push, we’re going to be looking into ways where we can package this and make it affordable for either retirement communities or hospitals and create these types of rooms in these spaces that they can help people relax.

5. DDN: How do you see this medium evolving over the next few years?

GH: I think the freshness of the art form has been keeping it pretty expensive and kind of elusive. But technology is getting better and cheaper, so that helps us. We got on the wave early, and we’re riding it rather nicely right now.

For more information about, or to purchase tickets for, NYE: Rockin the D, visit nyerockinthed.com.