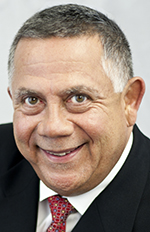 Frank Venegas Jr., chairman and CEO of The Ideal Group, a multi-faceted manufacturing, construction, and property management company in southwest Detroit, and chairman of the Detroit Hispanic Development Corp., a nonprofit which offers youth leadership, urban arts, and gang prevention programming in southwest Detroit, spoke with DBusiness Daily News about the organization’s 17th annual Dream Makers’ Gala on Thursday at the Garden Theater in Midtown.

1. DDN: How did you first become involved with the Detroit Hispanic Development Corp.?

FV: It originally started nearly 17 years ago when three other corporate leaders and I (relocated our businesses) back to Detroit in an old Cadillac headquarters and manufacturing plant in Mexicantown. Unemployment was near 40 percent (in the area), and gangs were predominant within the neighborhood, so we did community outreach to figure out who we needed to know. Naturally, we went to the police and to the churches. And since the DHDC had just formed, (founder) Angie Reyes facilitated a meeting for us with four of the five major gang leaders.

(During the meeting,) we asked them, “What do you guys want so we have peace in the neighborhood around our plant?” And they said they wanted good jobs with opportunities. So, we said, “OK, we have 80 jobs.” And we hired and trained these gang members, so when we were ready to open the Clark Street facility, they were ready to work.

2. DDN: What kind of programs does the organization offer today?

FV: The DHDC center is a place where (young people) can learn and express themselves and feel safe. There’s no gang talk in there. It gives parents a place to drop their kids off in the morning when they go to work (before and after school). They teach English because (many participants) speak mostly Spanish. There’s a gym and a tech room that (rivals) what you would see at the University of Michigan or Wayne State. They also offer tattoo removal for people who don’t want to live the gang life any longer. Whether they have a tear drop on their face or a (tattoo representing) a gang affiliation on their hand, we’ll remove it so that the they can live their life unencumbered.

3. DDN: How many people does the DHDC impact each year?

FV: Last year, we touched 7,000 lives. Even during the tough economic times (following the Great Recession), they were serving about 5,000 clients with classes like English as a second language and financial literacy.

4. DDN: Tell us about the Dream Makers’ Gala.

FV: The gala is DHDC’s major fundraiser for the year. The evening starts out with youth receiving scholarships. These youth have already had an evening of shopping (for business suits and computer equipment with money provided by sponsors) and have been coached so that they’re confident and comfortable when they meet their sponsors for the first time on the night of the gala.

After that, we have the VIP reception. There will be music; there will be a program; and it will be very Detroit focused. It’s an opportunity for the people that work there and for the kids that go to the center to congregate with people and see how much they care (about them). And it really gives them the chance to do the dream making. We’re finding that these kids (grow up to be) successful in the community and make their mark in Detroit.

FV: It just happened to be the date that worked best for the key sponsors and venue, but Angel’s Night was a significant event that happened in DHDC’s early days — it really goes back to our roots and our heritage. (Detroit) had fires in the past (on Oct. 30, then called Devil’s Night) that you would not believe it. It looked like the city was burning down. So (then) Police Chief Ike McKinnon visited with Angie Reyes, because she was one of the leaders in the community, and told her that he needed people to be on the lookout for (criminal activity) and fires. He said they needed people to be on their best behavior the day before Halloween, and Angie turned to him and said, “So you want us to be angels?” And that’s how Angel’s Night was created. The DHDC has been one of its biggest advocates from the very beginning.