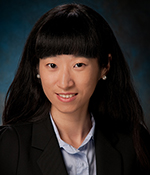 Evonne Xu, an attorney and counselor at Royal Oak-based Howard & Howard, spoke with DBusiness Daily News about her experience in bringing Chinese investment and businesses to the U.S. and Michigan.

1. DDN: How do Chinese businesses feel about investing in Detroit and in Michigan?

EX: Detroit is very well known in China, and so is its recent bankruptcy. Some Chinese businessmen believe that this is the best time to invest in Detroit, since they can buy low and sell high. However, there has also been much coverage — probably to the extreme — in China regarding the blighted buildings and safety issues in Detroit, which can scare away potential investors. I think Michigan has a lot of homework to do about how to market what is has to offer, and what kind of opportunities exist.

2. DDN: What are the challenges when negotiating a deal between a U.S. and a Chinese business?

EX: The culture and values are very different. I was once in a negotiation where the CEO and owner of a Chinese Tier 1 automotive company looked right into the eyes of the CEO of a Tier 1 U.S. company and said, “If I trust you, I will sign the agreement with my eyes closed and without having anyone else reviewing it.” I don’t think (that would ever) happen in the United States nowadays.

The business practice is also very different. I was once in a negotiation where the American firm had (the company) president and three lawyers, but the Chinese company brought five officers from different operating departments but no lawyer and no other professionals. They thought they would just have a very friendly chat followed by a lunch because it was their first official meeting. So I think a mutual understanding and respect for each other’s culture and business practice will help make the negotiation more efficient and profitable.

3. DDN: What cultural differences should U.S. businesses keep in mind when negotiating with Chinese interests?

EX: The Chinese are not very comfortable with being rushed or jumping right into the business discussion without building personal relationships first. They believe getting to know each other and building trust is necessary in negotiations. So first of all, a United States business should show their Chinese counterpart respect and make an effort to (connect with) them on a more personal level. Ask them about their travel or how the kids are? You also need to reciprocate. So if your Chinese counterpart makes a compromise on an important issue, it needs to be considered as a favor to you, and you need to remember that and then return the favor, though you don’t have to do it right away.

4. DDN: What can an American business do to prepare themselves for such negotiations?

EX: Having a very talented Chinese national and bilingual (person) who understands the culture and practices of both sides is indispensable for a successful deal closing. A Chinese intermediary can help bridge cultural differences and help (the businesses) understand what’s going on. A lot of time, the Chinese won’t speak out about what they’re really thinking. They will express their feelings, using some very ambiguous and vaguely positive impressions that are subtle implications to express their opinions. Only a native Chinese speaker can read and explain what they are really thinking. They can tell from their words, they’re facial expressions, and body language. Another frequent problem is the U.S. businessperson may unknowingly say something that can be construed as inappropriate or even rude to the Chinese. An intermediary can translate a sense of (his or her) statement in such a way that it won’t be too offensive.

5. DDN: What can Michigan do to encourage Chinese business investments?

EX: I believe there will be a continued influx of Chinese investment into Michigan, but we also need to keep in mind that there’s a lot of competition between states. Michigan businesses should be marketing (things like) quality of life. There are a lot of non-business elements that are very important, and education definitely tops the list. Chinese parents always want to give their children the best of everything and education is the most important piece. They care deeply about rankings, so that could actually be a very attractive factor as Michigan has top ranking high schools and colleges. Those need to be (better) marketed to China.

It’s also important to build a welcoming culture. I recently (read) articles written by very successful Chinese entrepreneurs who had been educated in the United States but eventually went back to China to build a very successful business. One point that many of them talked about was that they felt they could never get into the mainstream of U.S. society, which is why they went back to China. I think a welcoming culture — which makes Chinese students and professionals feel welcomed and as though they could (be part of) mainstream society — is very important.