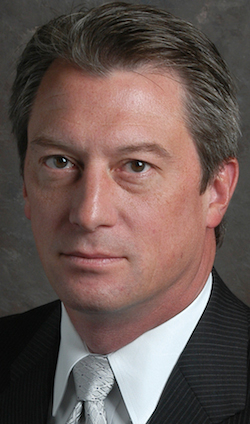 Michigan voters will have the opportunity to vote on May 5 for or against raising the state’s sales tax to 7 percent from 6 percent to fund road maintenance (Proposal 1). Eric Flessland, an attorney and shareholder at Butzel Long in Detroit, spoke with DBusiness Daily News about why those infrastructure improvements are critical to both the state’s businesses and its residents.

1. DDN: What is your assessment of the condition of Michigan’s roads?

EF: The Michigan Transportation Asset Management Council rates roads in three different categories: good, fair, and poor. And for the past 10 years, there’s been a steady increase in the number of fair and poor roads, and a steady decline in the number of good roads. Currently, about 44 percent of all Michigan roads are in poor condition, 32 percent are in fair condition, and 24 percent are in good condition. It’s estimated that, in just four years, over 50 percent of our roads will be in poor condition. And that’s (a problem) because it costs between six and 14 times more to reconstruct a poor road than it does to maintain a bad road.

EF: Every business in Michigan relies on a sound infrastructure system, and every segment of business — from manufacturing to agriculture — is impacted by poor roads. For example, in agriculture, some products see up to 40 percent of damage (as a result of traveling over potholes and) Michigan’s poor infrastructure. It affects products coming into and out of the state. Michiganders don’t want to buy bruised peaches and bananas from supermarkets, so that product goes unsold, and the stores lose revenue as a result. And because the producers and distributors here in Michigan are not able to safely deliver product to consumers, that results in millions of dollars in loss for the state’s businesses — small and large.

3. DDN: What other industries are affected?

EF: The state spends tens of millions of dollars to promote Michigan tourism in other states. Truly, Michigan has some of the most remarkable recreation opportunities. And we market that in other states to pump up our tourism business, yet these visitors have to drive over our bad roads to get to those tourism attractions. When you drive over our roads, it’s pretty self-evident that they’re in bad condition. They feel the impact of our poor roads the second they cross the border.

As a result, it’s pretty easy to see how an out-of-state visitor could develop a poor first impression of Michigan, which may tarnish the appeal of our tourism attractions. That could reduce the incidence of those people coming back, but then you can imagine that they go back home and bad-mouth Michigan to their friends and families and neighbors. And Pure Michigan is a great campaign, but I don’t care how catchy (the slogan ) is: those kind of negative comments are going to keep other people from coming into our state for the first time.

4. DDN: How do our roads compare to other states?

EF: Michigan spends the least amount in per capita spending in the entire nation on our roads and bridges, yet we have some of the harshest weather conditions. Think about that: we had 40-degree temperature at the beginning of (last) week, and this (past) weekend, it dropped below zero. Those temperature extremes play havoc on the condition of the roads, with the freezing and thawing and expansion of the concrete.

5. DDN: What’s the argument against approving the ballot proposal?

EF: There’s always going to be some anti-tax group that pushes back, but they don’t have any other solution to the problem. Saying things like, “we can find the money in the state budget,” or “we spend enough on roads and bridges already,” falls flat and simply isn’t true. There are people who are against Proposal 1, who feel individuals shouldn’t have to pay for this infrastructure improvement, but they’re going to pay for it one way or another. (If not through taxes), through repairs to their own damaged vehicles. This truly is our only opportunity to get this done, and to suggest that there’s another solution out there is false.