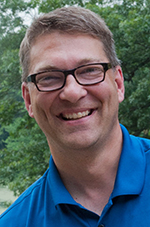 Doug Armstrong is founder and CEO of North Star Reach, a camp affiliated with the SeriousFun Children’s Network founded by the late Paul Newman, that serves children who are recipients of organ transplants and/or have other medical challenges such leukemia and sickle cell anemia. Armstrong spoke with DBusiness Daily News about the progress on updating the camp near Pinckney, expected to open in fall 2015.

1. DDN: What inspired the creation of North Star Reach?

DA: This project grew from my experience taking organ transplant kids to camp and renting camp space at a YMCA facility. (Camp Michitanki) was founded through the University of Michigan Transplant Center in 1998 and quickly expanded to include children from any transplant program in the area.

We were able to offer a camp program for these kids by procuring the proper medical equipment and staffing and setting up a makeshift health center to manage their complex medical needs. However, there were limitations because the health centers were not designed and equipped to facilitate that care. The buildings are often not universally accessible for children with mobility issues and neither are the activities at camp. So we’re carrying wheelchairs up and down stairs and fighting with sand and other challenges to move people around the site. It was clear that the best way to combat many of these challenges was to create a facility and design it from the ground up to best accommodate everything we needed to offer a camp experience to these children in need.

DA: In 2005, I learned that the University of Michigan had an old abandoned camp property near Pinckney that they were going to sell to a developer who was going to put condominiums around this beautiful lakefront peninsula.  So I got together letters of support from other medical camp programs that the University of Michigan had a connection with. All of these programs were committed to offering a camp experience for the kids and patients that they served, but none of them had what they considered an ideal situation. So we all got together and thought about how we would want the buildings and activities to be designed, and we designed a medical center that was able to do dialysis one week, chemotherapy the next, and infusions the next.

We put together a proposal and had a lot of meetings within the university, and in late 2006, early 2007, the university decided to abandon the sale of the real estate and protect the property for redevelopment. The U-M Health System made a big investment in purchasing the property from the main campus and then they charged me with creating a nonprofit organization, getting together a board, designing a facility, (undertaking) fundraising to support the facility, and partnering with other medical systems around the region to create North Star Reach.

3. DDN: How is the $26 million capital campaign going?

DA: We’ve raised a little more than $20 million. We’re moving forward with construction in early June. The first phase will be the utilities, site improvements, and infrastructure. And then by the end of August, early September, we expect the actual building construction to begin. We will be open in late fall of 2015.

4. DDN: How your first major fundraising event going? It sounds like fun.

DA: That was our goal. There are so many black-tie dinners and galas that we really wanted this to have a connection to the camp. So it’s going to be a night of adult camp and will be hosted by celebrity camp counselors — we’ve got some athletes and other well-known celebrities who are coming to support the camp. (The June 7th event) sold out three months ago.

Once the camp is built, we’ll host an event like this from the (Pinckney location).  For now, we’ve partnered with Zingerman’s (in Ann Arbor) and we’ll be hosting the event at Cornman Farms, which is their new banquet space in Dexter.

5. DDN: How do you hope to see the program grow?

DA: One of things that really attracted me to having our own facility was the ability to have access for more than just one week a year. We offer these kids an experience for one week a year (where they have) the opportunity to sort of normalize their experience. In their daily lives, they’re often much different than the people they spend their time with. They’re the only one who has had a big surgery or has to take medication every day or has some limitation based on their medical condition. And then they come to camp, they find there’s 120 kids just like them, and that’s a really powerful experience. But if we only have them for a week each summer, then they spend 51 weeks waiting for that one week to reoccur.

By having our facility, we (also) have the opportunity to use the fall, the winter, and the spring for additional gatherings. Those could be camp reunions, where the campers just come back together for a weekend, or it could be family camp, where their whole families come together. There’s respite care. There are peer support groups. There are unlimited possibilities to how we can use this facility to support children and their families who have been touched by medical challenges. I see this facility being a sort of central location where medical professionals and children who have been affected by disease and their families all can come together.