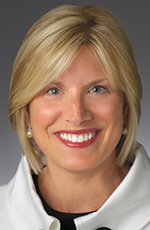 DC: I want Art Van to be unpredictable, so you never know what to expect. (I look at) what’s happening in the community and how to make Art Van relevant to that. So, for example, when the royal couple (Prince William and Kate Middleton) was getting married (in April 2011), we decided we were going to have a wedding in our store. We actually had three weddings in our stores. That’s kind of unpredictable.

We’ve also had a lot of fun with a lot of celebrity events. We just expanded into Chicago, and last July, we brought in The Temptations for a big grand opening. We brought Motown to Chi-town. That was a huge hit. We also brought in actor Jim Belushi (and the Sacred Hearts) to another store opening in downtown Chicago. I always say that a furniture store is the perfect place for a party because there’s always a place to sit and there’s always a place to eat.

2. DDN: How do you attract more customers to your stores?

DC: The average person comes into a furniture store maybe once every three years. But, you know, furniture is just an extension of fashion — it’s constantly changing. We want to give people reasons to come in, to introduce them to the fashions of furniture. So we create events where we bring in celebrities or have free photos for Mother’s Day. We also have Art Van Wonderland, which is where we take our flagship store (in Warren) around the holidays, and we put a million lights on it. We turn the whole store into a Christmas wonderland. We have trees and Santa comes in every Saturday to take free photos with the families.

3. DDN: What other initiatives are you particularly proud of?

DC: When I started (in 2009), it was the company’s 50th anniversary. We had a major gala, and because of my television experience, we were able to produce three live television shows showcasing Art Van: the man, the company, and the philanthropy. There were three live programs. There was one in Detroit (WXYZ-TV), one on Flint (WJRT-TV), and one in Grand Rapids (WOOD-TV). I was really proud of that. It was nominated for an Emmy.

4. DDN: Tell me about the Art Van television network.

DC: We’ve created a television network called AV-TV. It’s me and a staff of three photographers and editors. We do it for two reasons. One is for internal communications. (Founder and Chairman Art Van Elslander) built a television studio that has a green screen and professional equipment, and we’ve created an internal network that broadcasts to Ohio, Illinois, Indiana, and Michigan, so we can let people know what’s going on throughout the company. We also do training videos and a lot of educational content on the products.

5. DDN: What marketing advice can you offer small businesses?

DC: Ask what is it that a small company can give — a service or a product — that they could somehow connect back to the community and be a good neighbor. You don’t have to have money to make a difference. Your expertise could help in some small way. And then by doing that, you’re promoting your own brand.

Note: On Wednesday and Thursday, Art Van Furniture and famed celebrity photographer Nigel Barker will select the two winners of the retailer’s Supermodel Search contest at back-to-back parties its Warren and Woodridge, Ill. stores. Charles and Art Van Furniture created the contest to coincide with the debut of The 2014 Spring Style Catalog, which was photographed by Barker.