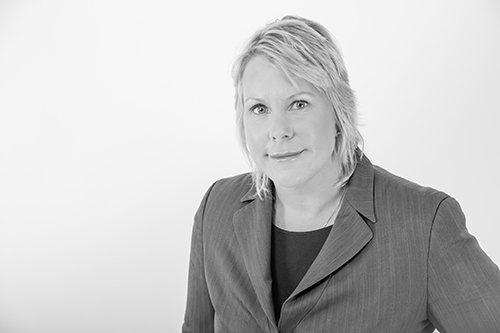 Debbie Kenyon, senior vice president and market manager of CBS Radio Detroit in Southfield, spoke with DBusiness Daily News about moving all of its radio stations — WWJ Newsradio 950-AM, 99.5 WYCD, 104.3-FM WOMC, 98.7-FM, 98.7-FM AMP Radio, and 97.1-FM The Ticket — into one building and its plans for a summer haunted house attraction.

1. DDN: How did the relocation go?

DK: It was actually done in three phases. Our first station moved in November 2012, and the final phase happened in January to mid-February. We’re on American Drive (in Southfield), and when Panasonic Automotive Systems moved out into a bigger space, we ended up taking over the majority of the building.

It’s quite expensive for a radio station to move, just from a technology standpoint. You can’t really just pick up your station and move. It doesn’t work like that. (Take, for instance,) the sound quality that’s required — you don’t use normal drywall when you create studios like this. But this is top of the line. The guy that did it has designed studios for Eminem and Kid Rock. He’s very good at what he does.

2. DDN: What’s it like to have all five radio stations under one roof?

DK: It’s awesome. I think everyone likes the fact that they still have their own space, and the synergy between the stations is great. A month or two ago, there was a car chase on I-696. WWJ covered it because they’re our news radio station, but (all our stations) ended up covering it because it was such a big chase. They shared audio and worked together to create awesome content that fit into the different stations. We never could have done that if we weren’t in the same building.

3. DDN: How did you go about introducing the staff?

DK: We didn’t do it intentionally, but one of our promotion managers had an idea to do a Ping-Pong tournament, and it ended up being a great way for people to get to know each other. It was just like, “Hey, this sounds fun.” And it ended up being one of the best things we could have done from a team-bonding standpoint. We’ll definitely do that again next year.

4. DDN: What programming trends are you seeing now?

DK: This wouldn’t just be in our market, but probably nationally as well, but sports is definitely one of the hotter formats. We’re lucky because (Detroit is) such an amazing sports market. We haven’t always gotten credit for that in the past. I think people are just realizing what a great sports town we are.

5. DDN: What projects are you working on right now?

DK: Part of my job is to figure out different streams of revenue, because you can’t always count on selling radio spots. And we’ve got a cool new concept that we’re launching soon called Summer Scream. We’ve partnered with Erebus (a haunted house attraction in Pontiac), which is pretty popular — on average, they have about 7,000 to 10,000 people come through during October, when people are hitting up one or two or three (haunted house attractions) in a single night or weekend. So we’re going to open up Erebus for a weekend in mid-July. Since it doesn’t get dark in Michigan in the summer until about 9:30 p.m., we’re doing a blackout concept and everyone will get a glow stick once they go inside. It’s pretty unique.