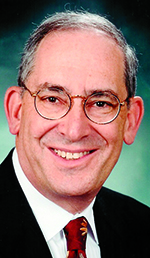 Four months after Detroit filed for Chapter 9 protection, a federal judge ruled Tuesday that the city could continue with the bankruptcy process. DBusiness Daily News spoke with David Littmann, a senior economist with the Mackinac Center for Public Policy in Midland and frequent contributor to DBusiness magazine, for his insight on what lies ahead for the city and the region.

DBusiness Daily News: What does the bankruptcy mean for Detroit?

DL: Well, it’s one step toward realism. That’s been missing for at least two decades. We have to come to grips with mature fiscal management. Not political management, and that’s what it has been. It’s been favors for special interests whether they’re in the business or part of the crony community. That has to stop forever.

DDN: Where do we go from here?

DL: The only durable way forward is to eliminate the subsidies to businesses so that we can establish what the real incentives — to be in Detroit rather than the suburbs or out of state — will be. When you give to one set of businesses, you’re taking it from others in the business community and the household sector. And you’re just giving them a reason to leave to more affordable venues where services are commensurate to the amount of services being paid.

DDN: What do you see happening with the pensions?

DL: They need a haircut of major proportion going forward. They have to become 401(K)s or something that has a defined contribution, not a defined benefit. It’s Household Economics 101. You can’t spend more than you take in, and you can’t promise to your employees more than the private sector tax base can afford to give them and that they don’t give themselves. We can no longer tolerate these double standards, whether it’s pensions or other benefits.

DDN: How long do you think it will take for the city to get back on solid ground?

DL: I’ll know when I start seeing the most important steps being taken — not just the haircuts that have to go to the pensions and the creditors, but also the reform to what the private sector tax base has endured.

Realistically, it may never happen. We’ve been operating on a suicidal spiral for two decades. But I’m optimistic. Just as Detroit or GM’s bankruptcies were inconceivable at one point, the top of the mountain is so high now, it’s hard to conceive of it. But — with technology and people who have an entrepreneurial spirit — we could climb it. But it’s going to take work.

DDN: In the best-case scenario, what will Detroit look like once this bankruptcy is all said and done?

DL: Detroit has the chance to capitalize on its vacant land, the prices coming down, and so on. All of these things could give Detroit a leg up on almost any other municipality in the country. City services will be leaner, meaner, better, faster, and cheaper, and the private sector will come through the Great Recession.

It’s fortuitous that this happened right about the time we start making New Year’s Resolutions. Although, I doubt the city will emerge from the bankruptcy within a year. I think it will be at least a two-year process.