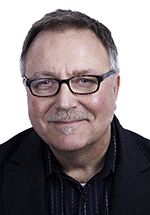 In September, Airea, a Farmington Hills-based commercial furniture dealership owned by former Detroit Piston Vinnie Johnson, opened a 2,500-square-foot studio in One Campus Martius, home of Compuware Corp. Rather than serve as a regular retail showroom, the new space serves as a free drop-in workspace and product exposure incubator for Detroit’s design and business community.

Outfitted with office furniture from Holland’s Haworth Co. and technology from Brighton-based SVT, the space features 11 nontraditional work zones, and can accommodate up to 150 people. Dave Kiwior, Airea company president, spoke with DBusiness Daily News about showcasing office furniture in a non-traditional manner.

DDN: How is the studio different from a typical showroom?

DK: It’s kind of like a perpetual trade show. It promotes the furniture in an experiential way. People can try it before they buy it by sitting in an environment where they can really envision how to use the product in a given space. Now I have customers coming to me asking, “How can I get my office to (look and function) this way?”

DDN: Does it conveys the importance of furniture in the workplace?

DK: Yes, and it’s a great space story as well. CoreNet recently did a major study where they found companies are trying to reduce the amount of square footage in an office from 150 to 100 square feet per person due to real estate costs. To most people, that’s very frightening because they think their personal space is going to shrink dramatically. But what spaces like this studio show is how people can work now because of things like remote technology, laptops, and tablets. They’re unencumbered by their desks or their cubicles.

The notion of this space being set up like a work longue could very much be a space in an office. You could get people in 83 square feet per person in an environment they would love as opposed to feel negatively about. When you come in and see the space, you realize it can be done in a very creative, collaborative way.

DDN: How are sales doing?

DK: The sales cycle in the office furniture world is probably three to four to six months, sometimes even longer. We won’t really see the huge benefit of this studio for six months. But neither do my sales reps when they call on somebody. Rarely do they walk through a door and somebody says, “Oh yes, I want to buy five chairs today.” It’s more like, “We’re thinking about renovating a space, let’s talk about what you can do for us.”

With the studio, we’re doing a lot on the marketing end of it. That’s where it all starts — just getting the product in front of people.

There have been some great opportunities that have resulted from the studio. We’ve formed relationships with companies that we’ve either had a hard time getting through to or that we’d never heard of before. We’re now on the radar with them and they with us.

DDN: Who is accessing the studio?

DK: There’s a ton of traffic from people coming in to use the space everyday. We see a lot of people from Compuware and Quicken Loans, which are in the building. Some have four-person meetings in a corner somewhere and others are using the conference room for an hour-long meeting.

DDN: Did your location in the building impact the concept for your studio?

DK: At first, Compuware was reluctant to let us take retail space. If you were the building, you’d probably rather see a Taco Bell or a Verizon store or something you would go to and use to help your day. I knew we needed to do something different, and when they allowed us to be in the retail space, I knew I had to prove that it would be a good amenity for the building.

That (relationship) helped form the mission for the space. Now it’s a product gallery. It’s a work lounge. It’s a collaboration studio. And everyone is getting something different out of it when they come down there.