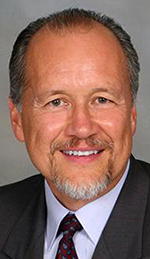 Daron Gifford is partner-in-charge of Southfield-based Plante Moran’s strategy consulting practice and has been a consultant to the auto industry for nearly 30 years. DBusiness Daily News spoke with Gifford about competitive pressures and growth opportunities for automotive suppliers and OEMs.

DDN: What’s the state of the today’s automotive industry?

DG: There’s a lot of overtime being worked right now … Even though it seems like a long time ago, a lot of suppliers are still in shock from 2008 and 2009. They’ve been a little afraid to invest the capital in new capacities, and have been trying to stretch it with overtime. That gets expensive because you’re paying time-and-a-half to (the workers).

If that increases any further — and sales are predicted to be up over 16 million in 2014 — that’s going to drive more production here. And unless there’s more capacity being added, that means working six and seven days in the plant. At some point, it crosses the line where it makes more economic sense to invest in the capacity.

DG: There’s a very positive automotive market now through the next several years. We’re still feeling the rebound effect of such a poor economy a few years ago, and there’s some pent-up demand from people holding onto their cars longer as well as the fact that cars are lasting longer. So that’s all kind of feeding into this healthy demand of the business.

DDN: How are you advising your clients to keep up?

DG: One of the things we tell suppliers is they definitely need to keep a longer-range eye to where the vehicles are going. If they’re only a supplier of parts to large vehicles and trucks, that may be a pretty good market today, but by 2020, that may change. There’s going to be a lot of changes (by then) in powertrain technologies as well as the weight and design of the vehicles.

As we’re seeing with Ford already, there’s a lot less steel and a lot more aluminum in the new F-150. So, if you were making steel parts for the body panels for the F-150, you may have gotten left behind. So it’s key to keep an eye out beyond just the current program, but what’s happening in five to 10 years from now.

DDN: What challenges do you foresee in the near future?

DG: There’s a lot more competitive pressure here locally because we’re seeing a lot more foreign investment in the manufacturing and automotive sectors. I think part of is that the economics in Europe still aren’t very good, and they’re looking at the North American market as a big growth market for vehicles that have a higher profit margin for them. Sometimes it doesn’t feel like it, but (the United States) still has one of the wealthiest economies in the world.

DDN: How does this impact the American supplier?

DG: Sometimes the competition isn’t always rational when they try to enter a new market. The pricing pressures can get kind of crazy. (Competitors) may come in and bid on a program just to win it, and if its not a financially profitable, they might be okay for them because they’re just trying to get into the market. But if you’re a company that’s already here, it can be really painful to bid on a (project) and lose money on it.

The suppliers and manufacturers in this market have to be very conscious of what their cost structure looks like, while at the same time, they need to invest in innovation, new technologies, and new capacity. If you’re not introducing more innovation to increase the value added to your customer, you’re becoming more and more of a commodity. At some point, the commodity runs out of its usefulness, and that’s where innovation is important to bring in. You have to be able to make that bridge to that next generation of production. You have to ask, “What’s going to move that vehicle forward?”