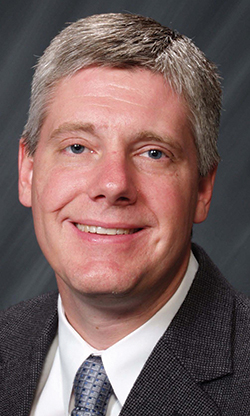 Dan Risley, president of the Automotive Service Association, spoke with DBusiness Daily News about its annual NACE/CARS Expo, a four-day conference and exhibition dedicated to the collision and service repair industries, to be held next week at Detroit’s Cobo Center for the first time in the event’s 32-year history.

DR: We have 20,000 square feet that’s dedicated to live demonstrations, and that is very different to any show that we’ve ever had in the past. Depending on the city and convention hall, they will allow you to do certain things, but not others. Or, they’ll let you do it, but they’re going to make you do it in the parking lot. When we were looking for a city to bring the show to, we met with Cobo Center (representatives), and they said, “If you can do (a demonstration) in any other city, we’ll make sure we can do it here.”

2. DDN: What kind of demos can we expect to see?

DR: We’re going to have two cars running on the show floor — which is pretty taboo in the convention industry. But (Cobo Center) has made modifications for us and the fire marshal has been fantastic. That will allow us to show demonstrations on scan tools. We’ll be hooking up computers to vehicles and showing people how they can actually navigate the operating systems of the vehicle.

We’re also going to have live welding on the show floor. With the advent of aluminum being incorporated in today’s vehicle, repairing aluminum has become a hot topic for repairers. So we wanted to show how aluminum is welded. There’s going to be six or seven different classes on repairing aluminum.

3. DDN: What your assessment of Ford’s lead in the use of aluminum?

DR: Aluminum isn’t new to the industry. A lot of the foreign cars had aluminum and started bringing it across the U.S. a couple years ago. But there are fewer of those cars on the road, which means fewer opportunities for repair. And a lot of times, those foreign cars are taken specifically to maybe an Audi dealership or a certified shop. But now there’s the 2015 Ford F-150, which is a mainstream vehicle (coming out later this year with an all-aluminum body) that could show up in any one of the 35,000 shops across the U.S.

If you’re going to repair an aluminum car, it requires specialized training and specific equipment. And if you don’t have it, that’s tough, you can’t repair it. You have to send it down the road. You can try to repair it, but it will be done improperly and then in a subsequent accident, the repairs would fail.

4. DDN: How does the expected size of this conference compare to the past years?

It’s bigger. Last year, we had 5,000 people. This year, we’re expecting 7,000 to 10,000 people. And that’s for many reasons. One is the demonstrations we’re hosting and another is that there are several thousand shops within a couple hours driving distance of Detroit. Considering that it’s so close, more shops can afford to have their technicians go to the show. Whereas, when you have it in Las Vegas, it’s pretty difficult for the owner of the shop to pay for three technicians to (fly) to a show.

Also, this year, we reached out to other industry groups and asked if they would be willing to bring their events to Detroit with us. And we had several that came on board right away. The Collision Industry Conference will be on Tuesday, and the I-CAR and the Canadian Collision Industry Forum will host their events on Wednesday.

5. DDN: Will you be back in Detroit next year?

DR: We’re under contract for 2015 right now, but we do have an opportunity to pull out from that — an out clause, I guess you can say. We did that so we could see what the response was from exhibitors and attendees (after the 2014 event). We’ve typically had our show in major destination cities:  Las Vegas, Dallas, New Orleans, and Orlando. This is the first time we’ve done it in a city (that’s not a typical destination for tourists), so we want to see what sort of response we get. But just based upon a preliminary response we’ve received and the support we’ve gotten from the city, I foresee us having the show here again next year.

For more information about the expo, to be held July 30-Aug. 2, visit naceexpo.com.