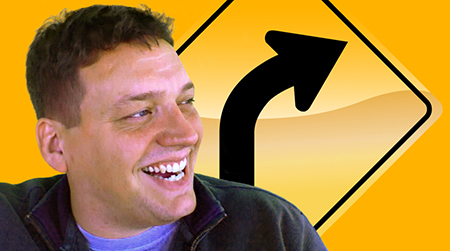 Charlie Wollborg, founding partner at Curve Idea Accelerator in Pontiac, and curator of TEDxDetroit, spoke with DBusiness Daily News about the TEDx event at the Detroit Opera House on Sept. 30. The program will offer more than 20 innovators who will speak about technology, entertainment, and design.

1. DDN: What speakers are you particularly excited about this year?

CW: We’ve got engineers that are just doing crazy stuff. Kevin Shinn (of Altair) is reimagining how we do prosthetic legs for athletes. Jorey Chernett (CEO and co-founder at Intrinsic Medical Imaging) has reimagined how we take information from MRIs to allow doctors to fly through bodies and attack cancers where they live. Stephen Goldner with CureLauncher is creating a marketplace to bring drug companies and sick people together for clinical trials. We have a couple of guys down in Ann Arbor who are teaching kids to code through video games. No matter what industry you look at, you can always find someone at the edge mixing things up and trying some new things.

2. DDN: What do you look for when selecting speakers?

CW: The thing I love about this conference — and really, our big point of differentiation from other conferences — is that were putting on different industries and (speakers with) different backgrounds. The event is all about cross-pollination. So in every set, you’re going to hear from a technologist, an entrepreneur, an educator, (and) an artist. There will be some entertainment performances, and then we have these wild-card life stories. We go from right brain to left brain.

3. DDN: Why is that important?

CW: So often, when we’re kind of keeping up with our own industry, we read the same exact sources. You can get stagnant. And the best way to learn, to innovate, in my opinion, is to take a look at what’s working in other industries. TED kind of brings that to the forefront. It makes you dip your toes into different waters.

4. DDN: Your website describes the event as “part revival.” What do you mean by that?

CW: As we’re curating, I challenge everyone to ask, “Is this a positive story?” It’s so easy to put people on and just point a finger at what’s wrong. It could easily be a bitchfest, but that’s not what this is about. We’re telling positive stories. We’re talking to enthusiastic people that are optimistic about the future because they’re the people who are making it. It’s so easy to be a critic, but it’s much more valuable to be a creator. So that’s what we mean when we talk about it being a revival. You’ll leave with a head full of ideas and a hunger in your belly to go off and make changes.

5. DDN: How have you seen a general change in the perspective in this event since it launched in 2009?

CW: Absolutely. I would love to say it was all TEDx, but the whole town is going through this rebirth. It’s really springtime in Detroit. You can see all kind of great stories blooming up. So it’s getting harder and harder to do the show because we get all of these wonderful talk (submissions) — we had about 280-some applications to speak this year.

I always like to think if people can find their canvas, you can create a work of art. And Detroit is just a (blank) canvas. Even with all of the things starting up here, there are still many opportunities. The land is cheap and the talent is plentiful. It’s a great (city) to be a creative worker in.