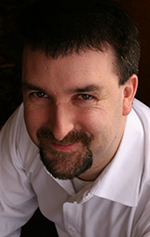 Antoine Dubeauclard, president of Media Genesis, an Internet services provider based in Troy, will speak next Friday, March 28 during a panel of local entrepreneurs for the Goldman Sachs 10,000 Small Businesses program in part initiated by Warren Buffet at Wayne State University. Dubeauclard spoke with DBusiness Daily News today about the international investment program, which seeks to stimulate small business growth throughout the U.S. and the United Kingdom, as well as his own experiences as an entrepreneur and businessman in Detroit.

1. DDN: What will this program mean for Detroit?

AD: Whether you like him or not, Warren Buffet is exceptionally good at picking good stocks, good companies, and good causes. And you’ve got Goldman Sachs and, like them or not, they manage more money than most people out there in terms of wealth management. The fact that they’re putting energy into Detroit — what that’s indicative of is that very smart money is coming to Detroit because there’s an appetite for it. There’s an interest in it. And that is just amazing. These people have a global reach. They could go anywhere. They could do this in any city in the world. But the fact that they’ve picked this area as one of the cities to focus on, that is really enormous.

Also, small businesses are the foundation of the American economy. It’s great that big businesses pay taxes and employ a lot of people, but ultimately, small business is where it’s at. That’s where the job growth is going to be. That’s where new industries are going to arise. I think emphasis on that part of the segment is fantastic and long overdue. It’s great to see something that doesn’t say, “Let’s focus on this big Fortune 500 company.” Instead, it’s “Let’s focus on 10,000 small businesses.” That’s our future at the end of the day. We’re not going to out-produce the world in terms of solely manufacturing things. We’re going to out-invent the world by creating more businesses.

2. DDN: What insight can you offer to smaller businesses owners looking to reach the next level?

AD: When you’re a certain size of business, oftentimes entrepreneurs are doing everything. I was just talking about this with my business partner. We were (at work) until midnight most nights. We were living and breathing this stuff. You deal with everything that nobody else is doing — you then take out the trash. And that’s great. Oftentimes, that’s the trait that allows you to be (part of the percentage) of businesses that survive the first two years.

The problem is it is very difficult to let that go as you get bigger, but you have to figure out how to properly delegate, properly manage. That’s a big shift. You may have a very energetic founder, or founders, who by the sweat of their brow just make things happen. But if they can’t figure out how to properly enable others to do parts of that business, then the business can’t grow. That’s a very common problem. It can be a very difficult transition.

3. DDN: Was it difficult for you to let go of some of those things in order to move onto the management level?

AD: Absolutely. The reason why you typically get involved in a business like ours is because you love doing it. So you have to find the right balance. For me, I get personally involved in a lot of the projects. I get involved with design because I like it, and I do a lot of the intake and strategic planning, which are things I still do as a — for lack of a better term — global employee. And the management stuff is the other half of my day. If I didn’t have that balance, if was just all management, first off, I don’t know if I’d be as good at it. (Laughs.) And second, I don’t know if I’d have the energy for it. All of the problems tend to go up to the managers, so you would spend your day doing that rather than the stuff that got you excited about the business to begin with.

4. DDN: What are some projects you are working on now?

AD: We’re working with a few (health care) initiatives, trying to make things more accessible. What’s exciting about that is, in a very real way, we’re actually helping people select the care they need. That has some real, tangible impacts. We’re working on a project right now to provide greater access to care closer to home by using GPS on your phone. That’s a new initiative that’s part of the Greater Detroit Area Health Council. It’s a mobile app, and it’s in collaboration with a lot of the local hospitals. We’re trying to make sure that people know how and where to get access to non-emergency care, which is a big topic in a city like Detroit.

We’re also starting to look at a lot of government work. There’s a big need right now to make government more efficient using technology. There’s an appetite for it, where in the past it was difficult to make those things happens. So we’re putting a lot of energy into that.

5. DDN: Did you ever imagine you’d be working on projects like this?

AD: No, 10 years ago, the horizon was automotive. That’s who the clients were in this market. And if you did well with a few clients, then you did well. And then that went away. Then strangely enough, the nonprofit space became really important. There are a lot of people who are doing wonderful things and filling in the gaps for whatever reason funding was not happening. I would say that if you were to go back five years or 10 years, and ask if I expected to be this kind of business or do these kind of projects, (I would have said), “No way.” The environment was so automotive centric. It would have been hard to fathom anything outside of that around here.