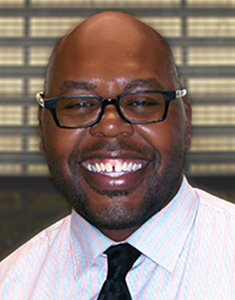 1. DDN: How have employer-provided retirement plans evolved over the years?

AW: From my experience, the traditional models — where you (are paid) a specific amount for the rest of your life at the end of your time as an employee, commonly called a pension — have changed. More responsibility has fallen onto the individual household, which is requiring a higher level of understanding for most individuals. The new model requires you to understand how to select individual mutual funds. It requires your own contributions. So that level of responsibility has shifted from employer to employee.

I’d say it was about 15 or so years ago when we started to see the popularity of 401K plans replacing pension plans. It became extremely trendy, and, I also believe, more cost-effective for employers.

2. DDN: But the city of Detroit didn’t jump on that bandwagon?

AW: In general, that is correct. They had unique growth components inside of the annuities and they had the benefit of the pensions, which is based on their income and the number of years worked, so their retirement situation was actually very appealing. But the numbers just never made sense. And now they’re being challenged to adjust, so that the retirement situation is largely based on (the pensioner), who won’t be able to rely on a system of sorts to necessarily provide for them later in life.

3. DDN: How does something like this happen?AW: Detroit is quite a dynamic place, and we’ve gone through unique extremes. The amounts of revenue going through the city have definitely changed, almost from night to day. The models (set in place) were created for a different Detroit. You can see signs of greatness in the city, (which was once) the place to be. And to go from being that iconic place in the world to the Detroit we’ve seen over the last few years, that’s quite an extreme, which puts further pressures on those (retirement) models.

(Also,) it’s very similar to having access to credit cards. You spend money without (physical) financial exchange and then later in the month, are surprised when the bills are higher than you may have anticipated. And the same reality happens with the sweetheart deals — employers don’t feel as though they’re creating a heavier obligation, but they actually are. And it really is a threat to the stability of the institution offering that deal.

4. DDN: Moving forward, what can be done?

AW: The first thing — which is applicable to any individual — is to be honest in the assessment of where (the entity) is financially. And then from there, you have a chance to improve the situation or to keep the program sustainable.

I think the trend will continue to where these plans will be more employee-based. More individuals will need to learn how to manage their individual financial affairs because more responsibility will be placed on their shoulders.

5. DDN: What can communities and/or employers do to help?

AW: It’s important that community leaders in all communities (encourage) financial literacy, to make it a core part of their community enrichment. The dynamics of poverty is one of the reasons why Detroit has had in the past such unique challenges. Poverty grows just like anything else.

From my vantage point, and I’m a native Detroiter, I think this almost needs to be approached as a war. And when you’re in a war, you have the Air Force, the Navy, and Marines. Like that, (financial education) is (a responsibility) that falls on everyone. A minister delivering spiritual guidance needs to touch on financial literacy. When the community activist comes to challenge the community, they need to touch on self-empowerment through the understanding of wealth. And going back to my analogy, whichever of the branches is most effective — that is where we want to focus.