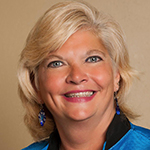 ï»¿To make room for a new patient tower being built for Children’s Hospital of Michigan, the Ronald McDonald House of Detroit, which provides housing services for families of patients at the hospital, will move one-half mile north to the Hutzel Professional Building, at 4727 St. Antoine, in early 2015. Jennifer Litomisky, executive director of the nonprofit, spoke with DBusiness Daily News about the new location as well as plans to raise $3 million over the next two years as part of its “Hearts, Hands & Home” campaign.

1. DDN: How will the new location differ from your current facility?

JL: We’re going to be 10,000 square feet larger and will have four more bedrooms (than we currently have). Also, because we’re inside of a professional building, (I think it) sounds like it’s going to be an extension of the hospital, but it truly is not. We’re going to have our own private elevator, and when families walk in, it’s going to look just like a house. It’s very spacious.

I love our current house, but it’s set up in a way where all of the areas are small. But now, we’ll have a larger kitchen and dining room, which not only allows for more space to the families to gather, but we’ll also be able to accommodate more volunteers to come in and make meals (for the guests). Now, if a company wants to come in and cook, they can bring 15 to 20 people with them.

JL: I’ll have been with (the Ronald McDonald House) for 15 years in February, and when I first started, we weren’t always full. But with the new expansion of the heart hospital and some of the other construction going on at the Detroit Medical Center, families need a place to stay. Our capacity is close to 100 percent all of the time now, and with the new tower, we will probably see 100 percent capacity at all times.

3. DDN: How long is the typical stay for a family?

JL: About seven nights, but we’ve had (a couple families) who have stayed over a year. It just depends. Some families have been coming back and forth for up to 16 years for updates on treatments, shunt replacements, you name it.

4. DDN: How will the new fundraising campaign help?

JL: We want to make sure that once this house is built, we have the funds to be able to continue our programs, operations, and services that we provide. There’s also going to be some new expenses. Our current facility is about 100 steps from the hospital, and now it’s probably a 1.5 to two blocks away. And if you have a critically ill child that you need to get to, you need to get to them fast. So we’ll be providing a van service so that there’s transportation at all times for the families to and from the hospital. And if we have a bigger house that means we need more people to help clean, so we’ll probably hire some staff.

5. DDN: What are the plans for prompting the campaign?

JL: We’re launching a major ad initiative during America’s Thanksgiving Day Parade with WDIV-TV – Channel 4. We’ll be interviewed (during the parade), and our families will be highlighted with several 60- and 90-second vignettes. The advertising campaign will continue all the way through Thanksgiving week until Cyber Monday (Dec. 1), where we’re going to have an all-day telethon with WDIV-TV. I think once we launch that, people are going to know we’re raising money and awareness for this new location.

For more information about the Ronald McDonald House of Detroit, visit rmhc-detroit.org.