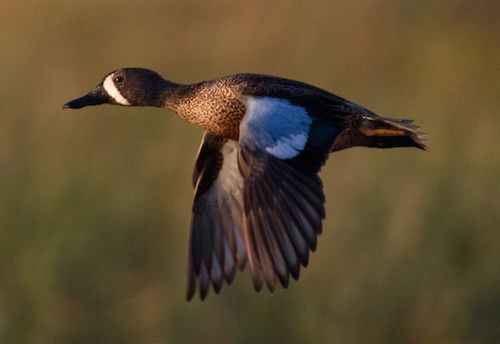 Next month marks the third and final period for Michigan’s experimental early hunting season for teal — a small duck species — that runs Sept. 1-7. The results of the experiment will determine if Michigan will permanently allow annual hunting during the early teal season.

Russ Mason, division chief for the Michigan Department of Natural Resources, says accurate identification of ducks is essential, because only teal are legal to harvest during this special season and the continuation of Michigan’s early teal season depends on the skill and judgment of hunters.

“The 2014 experimental early teal hunting season was a great success. Hunters, for the most part, were targeting teal and not non-target species,” he says. “The 2015 season saw hunters harvesting more non-target species.”

The small ducks, especially blue-winged teal, are some of the earliest duck species to migrate each fall, and the statewide teal-only season is possible because of the species’ growing population. Hunters may take up to six teal per day and hunt from sunrise to sunset.

The DNR is required to measure the attempts and harvest of non-target species to make sure hunters are harvesting teal and not other species of ducks, such as wood ducks and mallards.

In addition to the early teal season, other migratory bird hunting seasons that start on Sept. 1 include early goose, Virginia and sora rails, common snipe, and common gallinules.