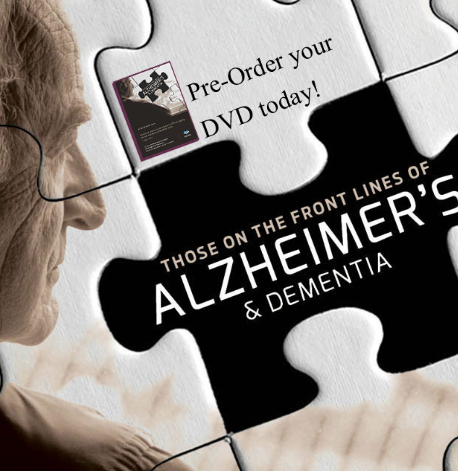 Wixom-based Detroit Public Television (DPTV) has announced it will broadcast an encore of documentary filmmaker Keith Famie’s film, “Those on the Front Lines of Alzheimer’s and Dementia,” on two different dates.

The two-hour film will air at 10 p.m. on Monday, Oct. 15 on PBS in Detroit and again at 4 p.m. on Sunday, Oct. 21 on WNMU/WKAR/WCMU in Detroit. The film is produced by Famie’s Visionalist Entertainment Productions in Wixom. JoAnn Purtan, morning host at WOMC-FM radio who recently finished a 20-year tenure with Detroit ABC affiliate WXYZ-TV, hosta the broadcast.

The film premiered on DPTV on Wednesday, June 27.

The documentary took nearly two years to make and features stories and research that provides a better understanding on a pathway to help those diagnosed with dementia. It also explores the holistic care the medical community is embracing as the U.S. faces the Baby Boomers, the fastest- and largest-aging population.

“There can be no better use of our documentary programming than to explain, explore, and decode Alzheimer’s disease in a television and digital format that can track the advancement in care and prevention, while also revealing the latest coping strategies to patients and families alike,” says Fred Nahhat, senior vice president, of DPTV. “Providing a platform for award-winning filmmakers and journalists like Keith Famie and JoAnne Purtan to examine these issues allows us to provide great storytelling from both a local and national perspective.”

“Those on the Front Lines of Alzheimer’s and Dementia” will also air at 4 p.m. on Oct. 21 on WGVU/Grand Rapids and Kalamazoo; 9 p.m. on Oct. 22 on WDCQ/Flint, Thumb of Michigan Area; 3 p.m. on Nov. 18 on WCMU/Mount Pleasant Area; and 1 p.m. on Oct. on 23 WNMU/Marquette. A date and time has not yet been determined for WKAR/Lansing, Michigan State University. More information on the documentary can be found here.

The film will be available for two weeks starting Monday, Oct. 15 on digital on-demand here and the PBS apps for mobile, Apple TV, Roku, Amazon Fire TV, and more

Support for the film comes from the D. Dan and Betty Kahn Foundation, the Artichoke Garlic Foundation (Jack and Annette Aronson), and the Marvin and Betty Danto Foundation.

In other news, Famie announced he is working on two new films — “Those on the Front Lines of Cancer” and “Blessed Solanus Casey’s Journey to Sainthood.” Both are expected to be released in 2019.