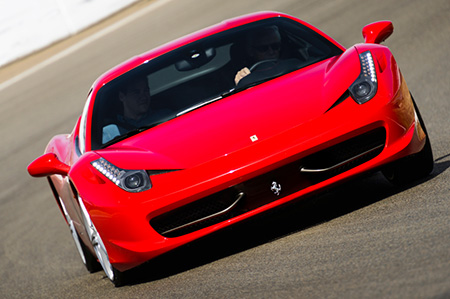 Fiat Chrysler Automobiles NV announced today it will spin off Ferrari into a separate company in order to strengthen its capital base. The sale is part of a $61-billion plan to expand the Jeep and Alfa Romeo brands internationally, as well as shore up the company’s debt load.

“Following our acquisition of the minority interest in Chrysler earlier this year, the transformation of Fiat and Chrysler into FCA was completed earlier this month with our debut on the New York Stock Exchange,” says Sergio Marchionne, CEO of FCA. “As we move forward to secure the 2014-2018 Business Plan and work toward maximizing the value of our businesses to our shareholders, it is proper that we pursue separate paths for FCA and Ferrari.”

To do this, the company will launch a public offering of its interest in the Italian supercar brand equal to 10 percent of Ferrari’s outstanding shares, while distributing the remaining shares to FCA shareholders. Company officials say the shares will likely be listed in the United States and possibly a European exchange.

The spin-off of Ferrari will be subject to customary regulatory approvals, tax, and legal considerations; final approval of the transaction structure from the FCA’s board of directors; and other customary requirements.

The announcement comes in tandem with Fiat Chrysler’s plans to offer up to 100 million of its common shares, which is set to raise $970 million at current market prices, as well as issue $2.5 million in convertible bonds.