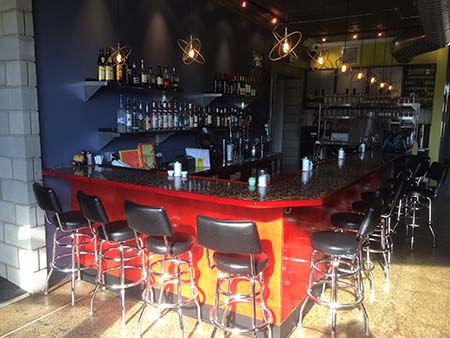 After an expansion and the acquisition of a liquor license in the past year, The Fly Trap Restaurant in Ferndale is planning on extending its hours and adding a small plates menu.

“We have two sides of the restaurant now,” says Kara McMillian, co-owner of the restaurant. “The existing side is a dining room and then when you walk through to the new side we have our bar and a few more tables, and that is our access point to the kitchen.”

“We wanted to make sure that when we did shut down, we have a fantastic, very loyal crowd, and we didn’t want people to feel like the rug was taken out from under them that we were trying to be somebody different,” McMillian says. “We just wanted to be able to offer a libation with the meal.”

She says the menu now features Bloody Marys, mimosas, beer, and wine. Her husband, Gavin McMillian, who is the chef at The Fly Trap, is working on an appetizers and small plates menu so diners don’t have to commit to a full meal if they come in for a drink.

Plans are also in the works to extend the hours of the restaurant on weeknights, and add dinner service on Saturdays. â€‹