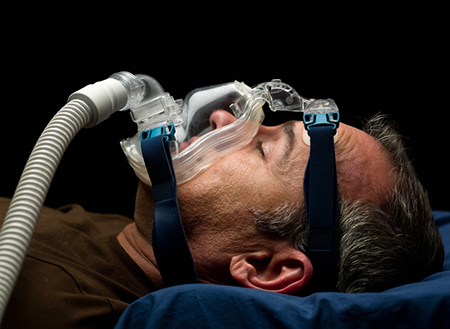 The Food and Drug Administration has approved a new robotic procedure offered at St. Joseph Mercy Ann Arbor that treats sleep apnea, a disorder that occurs when a person stops breathing repeatedly during their sleep.

“This (procedure) is an option that provides a long term solution,” says Dr. Paul Hoff, section head of otolaryngology at Saint Joseph Mercy Health System, and the lead author of the FDA clinical study.

Hoff says the surgery is a minimally invasive procedure that allows doctors to surgically remove the soft tissue in the back of the throat that causes blockage of the airway. Using high-definition, 3-D cameras and miniature robotic arms, surgeons can reach farther back into the oral cavity than what was previously allowed.

As the lead institution in the FDA clinical study, St. Joseph Mercy Ann Arbor has been the site of the largest number of such procedures done in the world, with Hoff performing nearly 200 surgeries since 2010, say hospital officials.

More than 18 million Americans have obstructive sleep apnea. When left untreated, the disorder can lead to hypertension, abnormal heart rhythm, stroke, as well as traffic and workplace accidents related to drowsiness.