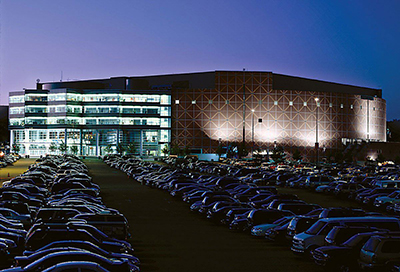 The Detroit Pistons and Palace Sports and Entertainment today announced a partnership with Auburn Hills-based FCA US LLC (Chrysler) that gives the automaker exclusive naming rights to the West Atrium at The Palace and the Ivy Lounge at DTE Energy Music Theatre. The terms of the agreement were not announced.

“FCA US is proud to partner with Palace Sports and Entertainment on a truly unique level as the Detroit Pistons have such a rich tradition and DTE Music Energy Theatre is the preeminent venue to see a summer concert,” says Jeff Hines, director of the Great Lakes Business Center at FCA. “We look forward to a great relationship that will help keep our brands at the forefront of consumers in southeast Michigan.”

The Jeep Ivy Lounge is available exclusively to DTE Royal Members before, during, and after each DTE Energy Music Theatre show. The lounge, located inside the Center Stage entrance, can hold more than 500 people.