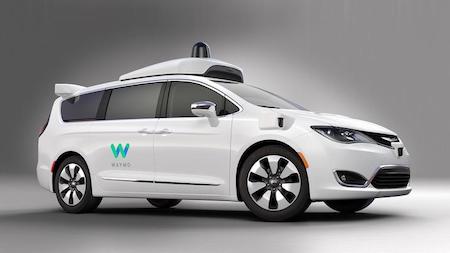 After delivering 100 Chrysler Pacifica Hybrid minivans to the Waymo self-driving program in late 2016, Auburn Hills-based automaker FCA US today announced 500 additional vehicles will be delivered in May to expand the program. Production on the minivans will increase next month and Waymo will outfit the vehicles with self-driving technology.

Waymo also today announced that it is inviting members of the public to use its fleet of self-driving vehicles for everyday travel. Waymo’s early rider program will give selected Phoenix residents the opportunity to experience the self-driving Chrysler Pacifica Hybrid minivans for the first time. Waymo and FCA US co-located a group of engineers at a facility in southeastern Michigan to accelerate the overall development process.

“The collaboration between FCA and Waymo has been advantageous for both companies as we continue to work together to fully understand the steps needed to bring self-driving vehicles to market,” says Sergio Marchionne, chief executive officer for Fiat Chrysler Automobiles N.V. “The addition of 500 Chrysler Pacifica Hybrid minivans is a further acknowledgement of the hard work put forth by both engineering teams.”

The self-driving minivans are equipped with Waymo’s hardware suite, which has been honed on nearly 3 million miles of on-road testing and billions of miles of simulation.

Information about Waymo’s early rider program can be found here.