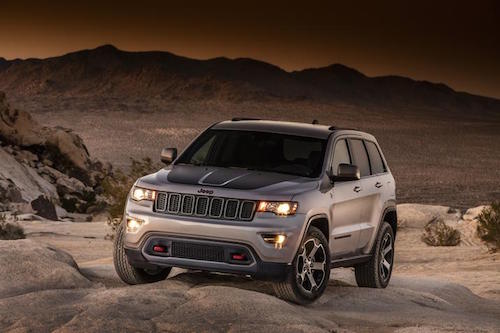 FCA U.S. in Auburn Hills will invest more than $1 billion to retool its assembly plants in Illinois and Ohio to support the growth of its Jeep brand. As a result of the investment, 1,000 new jobs will be created (subject to market conditions), the automaker said.

“There has been tremendous growth in Jeep sales globally over the past couple of years,” says Jodi Tinson, a FCA spokesperson. “As a result, the company needed to make these investments to increase the capacity at plants where Jeep vehicles are built to meet that demand.”

The Belvidere Assembly Plant in Illinois will receive an investment of $350 million to produce the Jeep Cherokee, which will move from its current production location in Toledo, Ohio, in 2017. Approximately 300 new jobs will be created, and production of the Dodge Dart and the Jeep Compass/Jeep Patriot will end in September 2016 and December 2016, respectively.

The company will also invest $700 million in the Toledo Assembly Complex in Ohio to retool its North plant to produce the next generation Jeep Wrangler. Approximately 700 new jobs will be added.

Last year marked the sixth consecutive year Jeep sales have increased globally. Since 2009, FCA has announced investments of more than $6.8 billion and added more than 23,500 employees to its U.S. operations.

In Related News … The Jeep brand is celebrating its 75th anniversary this year with the release of the Wrangler 75th Salute concept vehicle, which will pay tribute to the brand’s history and military heritage.

“Since they were first produced in 1941, Jeep vehicles have been the authentic benchmark for off-road capability, having mastered more terrain, led more adventures, and provided drivers more freedom than any other vehicle before or since,” says Mike Manley, head of Jeep brand at FCA Global.