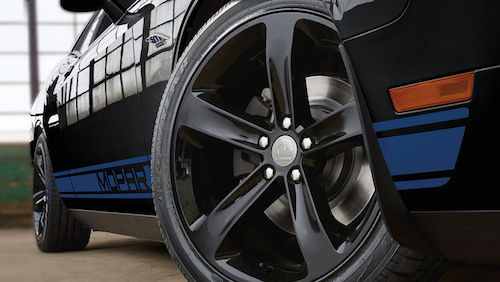 Auburn Hills-based Fiat Chrysler Automobiles US has announced a $10.4 million investment in a new Romulus-based Mopar Parts Distribution Center. Construction has already begun on the new 500,000-square-foot facility, which will employ more than 100 workers.

The Romulus center will increase the Mopar brand’s network to 23 parts distribution centers in North America when it opens in third quarter 2017. Construction of a new Mopar PDC in Winchester, Va., was also announced earlier this year, with that facility scheduled to open in first quarter 2017.

“With the start of preliminary work on the Romulus (Parts Distribution Center), along with the new facility under way in Virginia, FCA US will have invested a total of more than $22 million in these two new PDC projects,” says Pietro Gorlier, head of Parts and Service (Mopar) for FCAGlobal. “These facilities confirm FCA’s continued commitment to customer service, and will strengthen the Mopar supply chain, both in North America and also globally.”

The $10.4 million investment does not include anticipated ancillary economic opportunities for local businesses tapped to provide services such as landscaping, waste removal, building maintenance, and more.

The facility will be launched under FCA World Class Logistics methodology, which establishes a synchronized supply chain that eliminates waste through an approach of continuous improvement. The new Mopar PDC will also be LEED certified, which is a system to define, measure and validate green buildings.

Information on employment opportunities will be provided at a later date.

Mopar, trademarked in 1937, is the service, parts and customer-care brand of FCA US. It distributes more than 500,000 parts and accessories in over 150 markets around the world. With more than 50 parts distribution centers and 25 customer contact centers globally, Mopar parts are engineered together with the same teams that create factory-authorized specifications for FCA vehicles.