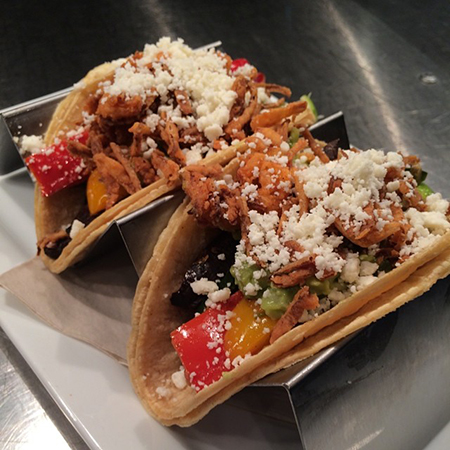 Six months after opening its first location in Grand Rapids, Fajita Republic Cantina is expanding into metro Detroit with a new restaurant in Utica, expected to open in December.

“We use all local ingredients, so everything is made fresh,” Groth says. The Utica location will source its offerings from Gordon Food Service, including Davis Creek Beef, El Milagro Tortillas, along with local Michigan wine and craft beers.

While the fare sounds traditional to the ear — fajitas and enchiladas are on the menu — their descriptions lean on the creative side. There will be 10 different types of street tacos, including the Mexican Coke carintas, which consist of slow-cooked cumin and Guajillo chile pulled pork, seared crispy with Mexican Coca-Cola and fresh orange juice. Likewise, the mojito fish tacos include whitefish marinated in light rum, fresh mint, chiles, lime, and agave nectar, and served with agave-citrus slaw and mango-mint salsa.

To be located in a former Champps restaurant, at 12515 Hall Rd., Fajita Republic will offer 101 different tequilas, ranging in price from $5 to $200 per shot. The $200 shot comes from Dos Lunas Special Reserve Tequila and is served in a Destillate Glass, which customers can take with them when they leave.

Guests who have a fully marked drink passport — showing they have tried each of the available shots — will receive both bragging rights as well as prizes including gift certificates and other swag, Groth says. So far, no one has completed the passport, but around a dozen people have ordered the $200 shot.

The interior will be rustic “with baby blues and a lot of wood,” Groth says. There will be 235 seats, including nearly 40 seats inside a four-season patio.

Renovations for the new restaurant, which will employ 80 team members, will begin on Monday.