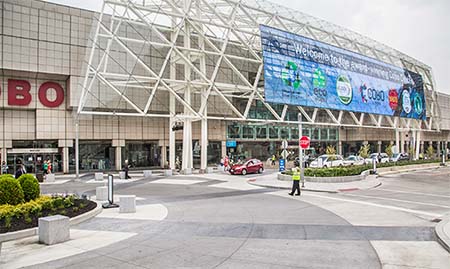 Reed Exhibitors, one of the world’s largest trade show organizers, is holding its first show in Detroit in more than 30 years this week. Called the Aluminum USA conference, the organizers have committed to hosting the conference at Cobo Center in downtown Detroit every other year.

“Aluminum USA has been taking place around the globe on a regular basis — in Germany, China, the Middle East, and South America, and they were excited to bring it back here,” says Greg DeSandy, director of sales at Cobo Center. “They had done a similar show in 2005 and then not again in United States until now.”

The Aluminum USA conference, which runs today through Thursday, has 175 exhibitors from nearly 20 different countries. DeSandy expects 1,500 to 2,000 conference attendees, generating direct spending of about $500,000. The conference features the new aluminum-alloy body Ford F-150 manufactured at the Ford Rouge Center in Dearborn as well as a Ford plant in Kansas City.

DeSandy says the return of Aluminum USA marks a trend, with more industrial trade groups booking conferences at Cobo Center, which recently completed close to $300 million in improvements. Last month, Cobo Center hosted Heat Treat, a partnership between the ASM Heat Treating Society and the American Gear Manufacturers Association, while next June marks the return of “The Big M,” an annual convention by Dearborn-based SME (formerly Society of Manufacturing Engineers).

“(Trade shows) are really well-suited for Cobo especially with our re-imagination (renovation and expansion) being completed,” DeSandy says. “I think we’re positioned for it because we have (now have) 723,000 square feet of exhibit space and that’s important to trade shows like this. They like to be able to utilize some of the assets we have and we can help them promote their show with new digital signage and with the utilization of what we call flexible space in the atrium.”

He says in the 1970s and 1980s, Detroit and Cobo Center held numerous trade shows, but the business dropped off starting in the 1990s.

“People outside of Detroit are energized and excited, and pulling for us in a way,” DeSandy says. “It’s fun to feel the enthusiasm with people you’re working with.”

He says Cobo Center has also attracted new business in the association market, along with public and corporate shows, due to the recent renovation and expansion project.â€‹