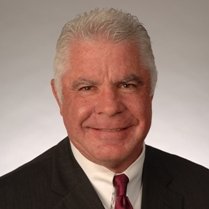 Van Conway, a financial and turnaround expert for 42 years, has left the company he co-founded in 1987 and has launched Van Conway and Partners, a financial advisory and general investment services firm in downtown Birmingham. The company is located a floor above his former firm, Conway MacKenzie Inc., a company specializing in financial, operational, and strategic services.

At the same time, Conway filed a lawsuit late Wednesday against his former firm and certain senior managing directors, including Joseph M. Geraghty, Donald S. MacKenzie, Gregory A. Charleston, John T. Young, and Jeffrey Zappone. The complaint was filed in Oakland County Circuit Court. Representing Conway is Rodger D. Young, a partner at Young and Associates in Farmington Hills, and Richard T. Hewlett, a partner at Varnum in Novi, among others.

The complaint contends that Conway, as a co-founder, CEO, chairman, president, shareholder, and firm leader of Conway MacKenzie, was denied numerous considerations. According to the complaint, “The defendants took illegal actions … in an attempt to terminate Mr. Conway without paying any consideration and sanctioning his rights to restrict his future income.”

It goes on to state: “The defendant directors embarked on a series of wrongful actions beginning on at least October 2015 when they purported to remove Mr. Conway as the firm CEO while he was on a medical leave of absence. At that very time, Mr. Conway was lying in a hospital bed, heavily sedated, trying to recover from a double knee replacement surgery and the resultant life-threatening cardiac complications that unexpectedly followed.”

According to the suit, Conway MacKenzie and its defendant directors cut Conway’s compensation by approximately 80 percent from his prior year’s income (including an expected bonus). It goes on to say: “Replacement CEO and defendant director Mr. Donald S. MacKenzie then materially misrepresented the facts of Mr. Conway’s removal to the other shareholders for over three months after Mr. Conway was removed from the office in an attempt to justify his actions and obscure the fact that he was actively trying to take control of Conway MacKenzie and divert compensation due to Mr. Conway, to himself and other defendants. At the same time, the defendant directors claimed that Mr. Conway was prohibited from working based on limited restrictions in an alleged ‘agreement.’”

In addition, the complaint states there are approximately 25 non-Board shareholders of Conway MacKenzie that have paid millions of dollars for equity in the firm, and for the three months following Conway’s medical leave were never told that the company was terminating Conway. It also states, “Mr. MacKenzie had no intention to disclose the adverse actions due to the risk of a shareholder upheaval that could ruin his plan to get Mr. Conway out of the firm.”

The three-count complaint alleges shareholder oppression/willfully unfair and oppressive conduct, breach of fiduciary duty, and breach of shareholder agreement. It asks the court to award Conway compensation in excess of $25,000, to have Conway MacKenzie remove Conway’s name as part of his former business, dissolve or otherwise liquidate the assets of the company, and pay Conway the fair value of his shareholder interest, among other relief. A call to Conway MacKenzie for a response was not returned.

In an interview late Thursday, Conway declined to discuss the lawsuit directly, but he did address his new endeavors.

“I saw an opportunity to move in a new direction, and my new firm is strategically focused on the health care and municipal sectors as it relates to such services as litigation support, M&A work, transactions, and other services,” says Conway, CEO of Van Conway and Partners. “I wish my former colleagues well. We are not competing with them, rather moving into sectors they don’t serve.”

The new firm, which has 10 employees, is projected to grow rapidly, especially within the healthcare sector, Conway says. In addition to assessing whether hospitals should pursue potential mergers or stand pat, it will also work to improve financial operations and decision-making.

“We see a lot of opportunities to help hospital systems realize greater profits and more operational efficiencies,” Conway says. “Obamacare has brought a lot more people into the insurance market, and the hospitals and physicians groups are looking for ways to maximize the opportunities there as well as navigate all of the new regulations and pending regulations.”

On the municipal side, Conway sees more potential to work with communities that are saddled with high legacy costs, especially as the first wave of baby boomers have now reached retirement. Conway was part of the team that helped navigate the successful Chapter 9 bankruptcy on behalf of the city of Detroit, which was overseen by emergency manager Kevyn Orr.

“Across the country, many communities are looking at rising pension and retiree healthcare costs, which can be substantial,” Conway says. “We will work with those communities to address those challenges in the present, because passing it on to the next guy often makes things worse.”

He adds he won’t reach out to hire any of his former colleagues, but he will listen to anyone expressing interest in joining his new enterprise.

A supporter of numerous causes and a mentor to dozens of students, Conway says he will continue to contribute and work with local charities. “A lot of people have worked hard and retire, and that’s great. I applaud them. But I’m not a guy who can retire, I enjoy the work and I love helping people,” he says.