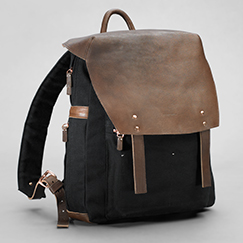 Shinola, the hip purveyor of watches, urban bicycles, leather goods, linen journals, and shoe polish, is expanding its space in the A. Alfred Taubman Center For Design Education at the College for Creative Studies in Detroit’s Midtown District. The company is in the process of occupying an additional 20,000 square feet on the fifth floor of the center.

“We’re very excited by our early success with our watches and bicycles, and now we’re moving aggressively into leather goods,” says Steve Bock, CEO of Shinola. “The process is underway to fill the entire 60,000 square feet of space we have in the Taubman Center. We cannot meet the demand, which is the reason we are expanding.”

In 2014, the company plans to open stores in London and Berlin as well as two or three locations in the United States, including Minneapolis. The company has stores in Detroit, New York, Singapore (with Robinson’s), and Paris (in collaboration with Colette). From an initial four employees when the company was founded in 2011, Shinola now has 175 workers.

Bock says the company’s products “offer heritage, have great quality built into them, and they bring a very strong value.” He adds the company doesn’t use celebrities or athletes to pitch its products; rather it relies on a targeted advertising and marketing campaign in magazines, newspapers, and online offerings such as Pandora.

In addition, the company pairs its growth with the resurgence of Detroit. The long-term goal is to encourage suppliers to set up their operations near its Detroit manufacturing operation, which once served as a research and development laboratory for General Motors before it built the Warren Technical Center. In turn, the company works with Detroit-based firms like Kraemer Design Group, the architect of record for the expansion.

“This is the first time people can receive a holiday gift from Shinola,” Bock says. “We also have several dozen distributors like Neiman Marcus and Nordstrom, and we’ll be adding more. We’re very fortunate for the success we’ve had so far.”