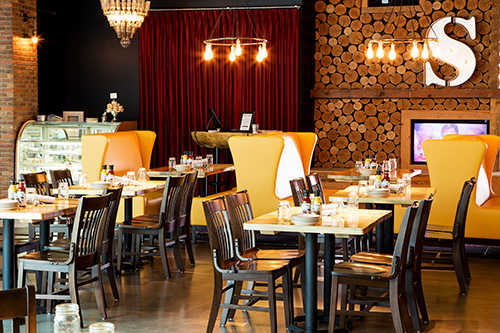 Punch Bowl Social Food & Drink, a multi-faceted entertainment destination, is negotiating a lease for an yet to be named site in downtown Detroit. If the deal goes through, owner Robert Thompson says the combination bar, gastro-diner, coffee house, entertainment, and private party venue could open into the city by the end of the year.

Punch Bowl, with operations in Portland and Denver, is also opening an Austin, Texas location in July, and aims to have a site in Chicago by early next year.

“It’s not a coincidence we’re in culturally interesting markets,” Thompson says. “We think that Detroit is ripe for a comeback in the magnitude of 10. We like the story, we like the city, and we like the direction it’s going in, and we want to be part of it.”

Thompson says he believes the Punch Bowl concept — that includes everything from bowling lanes to shuffleboard — would be a strong fit for Detroit.

One likely location for Punch Bowl — that Thompson would not confirm or deny —is the Z, a new retail destination and parking deck at Broadway and East Grand River recently opened by Dan Gilbert’s Bedrock Real Estate Services. “There are a lot of neat buildings in Detroit, and the Z is one of them,” Thompson says.

As far as what his business offers the city, Thompson points out the fact that Punch Bowl operates a scratch kitchen. “We have an emphasis on the culinary side of the (business),” he says. “We think that’s what differentiates us from a lot of other folks in this space.”

DBusiness Daily Update: Dodge Plans to Send Current Charger and Challenger Off in Style, and More