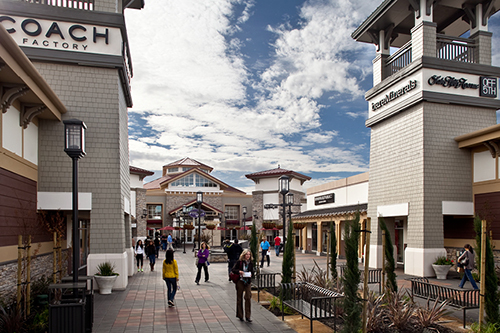 Baltimore-based Paragon Outlet Partners is scheduled to break ground next spring on a premium outlet mall offering more than 100 stores at the southeast corner of I-275 and Ford Road in Canton Township. The 375,000-square-foot mall is slated to open in spring 2016.

“We’re excited to come to Canton Township, and we really place a great emphasis on design and architecture because an outlet shopper typically spends more time shopping at the stores,” says Nicholas King, principal with Robert Brvenik of Paragon Outlet Partners.

“We think the location is ideally positioned to draw people from Detroit, the suburbs, Ann Arbor, and Canada. It will be an open-air shopping center, and we’re still working on signing all of tenants … but it will be a very upscale shopping experience.”

The news comes as New England Development announced plans this week to open a 325,000-square-foot outlet mall near I-94 and Vining Road in Romulus, just north of Detroit Metro Airport. The mall, which is expected to have around 75 retailers, is scheduled to open in 2016.

Other outlet malls in the region include Tanger Outlets in Howell, Birch Run Premium Outlets in Birch Run, and Great Lakes Crossing Outlets in Auburn Hills. Great Lakes plans to add a 35,000-squre-foot aquarium in the former GameWorks location, and is slated to open next year.

Randy Thomas, president of InSite Commercial in Commerce Township, who assembled the land for Paragon Outlet Partners, says the I-275 and Ford Road intersection is one of the most attractive shopping areas in the state. “You have multiple department stores, shops, and restaurants all along Ford Road, plus you have a super regional anchor in the Ikea store,” Thomas says. “It’s going to be great for shoppers, new and existing merchants, and Canton Township.”