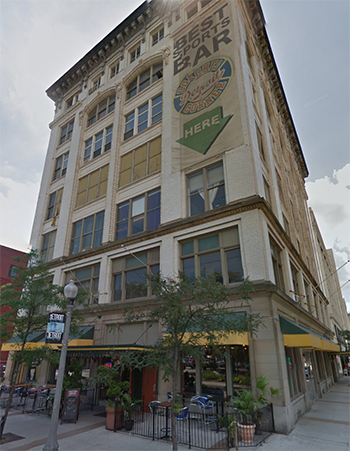 Automotive supplier Lear Corp. has acquired the historic Hemmeter Building in downtown Detroit’s Paradise Valley (formerly Harmonie Park), and has plans to renovate the structure into a satellite facility that could include administrative, innovation, and research activities.

“We have our roots in Detroit and we support Mayor Mike Duggan’s efforts to turn around Detroit,” says Mel Stephens, senior vice president of communications and facilities at Lear Corp. in Southfield, which has 135,000 employees. “We will have a satellite office there and likely administrative functions, but we have no other announcements at this time.”

Stephens says there is no timeline to move into the seven-story, 50,000-square-foot structure (1465 Centre St.) that was built in 1911 for the Hemmeter Cigar Factory. In recent months, several tenants have moved out of the building as their leases expired or were bought out. For example, Coach’s Corner Bar & Grille recently moved to the Michigan Building at Bagley and Cass.

“We need to do some renovations and customization of the building, and we are still in the early phases of the project,” Stephens says. “We’re big supporters of the city and the ongoing transformation, and we support a lot of initiatives there.”

The façade of the Hemmeter Building includes a mixture of terra cotta, white enameled brick, light brown masonry blocks, and leaf molding. The sales price was not disclosed, though it was listed for $5 million, according to Co-Star Group Inc. Both the seller and buyer were represented by Forum Group, an NAI Farbman Group Partner. Handling the transaction were Managing Member Michael Ziecik and Dan Callaway of the firm’s corporate sales and leasing team.

Lear got its start in Detroit in 1917 as American Metal Products, which manufactured welded, stamped, and tubular assemblies for the automotive and aircraft industries. Last year, the company recorded $17.7 billion in sales. Today, the company operates 235 locations in 35 countries.