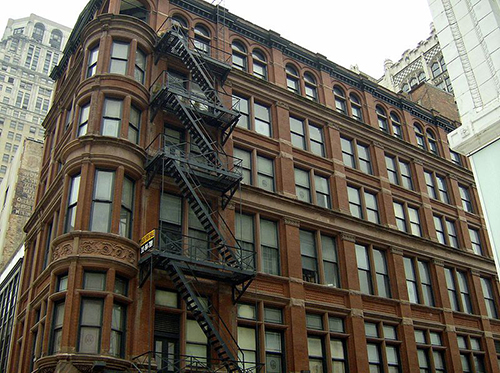 The historic Wright Kay Building, a Queen Anne style structure at the northeast corner of Woodward Avenue and John R, will feature a new restaurant and bar called Wright & Co. The 100-seat eatery, expected to open in May, will be located on the second floor of the building, and guests will enter via a rear stairway in what will be a decorative alley.

“The bar will be substantial and will feature classic cocktails and craft cocktails,” says Marc Djozlija, chef and proprietor of Wright & Co. “We will have American contemporary small plates. I’m developing around 50 dishes overall that we will rotate selectively throughout the year.”

“The food will be fantastic, and every plate will be under $20,” Djozlija says. “We’ll also have great, reasonably priced wine. We’re building the kitchen in the constraints of the space, and we will offer the restaurant for special events and other gatherings.”

In recent months, the Wright Kay Building at 1500 Woodward, which was acquired by Dan Gilbert’s Bedrock Real Estate Services, has been undergoing a renovation. Plans are to establish a bar and restaurant on the first floor and a mezzanine level, Wright & Co. on the second floor, and loft-style offices on floors 3-6.

Most recently, the Wright Kay is home to a new design studio for Hannah-Neumann/Smith, a partnership between two architectural firms, Hannah & Associates Inc. in Detroit and Neumann/Smith Architecture in Southfield. The Wright Kay was built in 1891 for F.J. Schwankovsky Co., which offered musical instruments, and from 1920 to 1978 operated as a Wright-Kay jewelry store. Following that, it was home to Haberman Fabrics for several years, followed by architect George Petkoski.