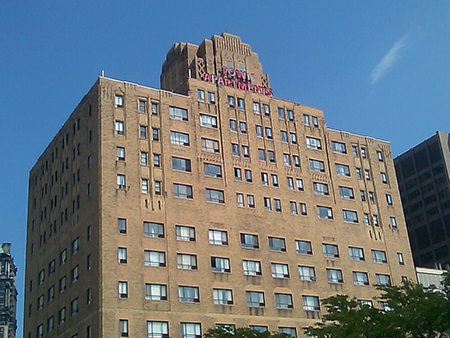 Riding Detroit’s redevelopment wave, Triton Investment Co. has acquired the Town Apartments at First and Bagley in downtown Detroit, and will soon start a renovation that will include upgrades to most of the 255 residences, along with new finishes to the common areas, heating and cooling improvements, and the addition of new amenities.

The deal marks the ninth residential project in Detroit in recent years by Triton Investment, based in Greenwood Village, a suburb of Denver. Earlier this year, the company acquired five properties along and near East Jefferson Avenue — Kean Apartments, Hibbard Apartment Building, Van Dyke Manor, Parker Residences, and most recently, Trombley Lodge Apartments, a three-story structure that offers 40 units.

In turn, the company acquired and is nearing a complete renovation of Alden Towers along East Jefferson, which offers 381 luxury apartments, while Water’s Edge at Harbortown will offer 143 new luxury apartments (one, two, or three bedrooms) set within five-story structures at Harbortown. The latter apartments will be available for rent next summer. The company also acquired 23 homes in East English Village five years ago.

“Detroit is a great story, the city is coming back, and we see a lot of opportunity for people who want to live in historically-significant properties,” says April Sedillos, executive vice president of Triton Investment Co. “For Town Apartments, we’re still going over the layout, but we will upgrade the boilers right away. The timeline is 18 months (to complete the entire renovation).”

Built in 1928 by the Pontchartrain Club, the tan-brick structure offered overnight lodging for members and their guests, along with meeting rooms and other amenities. In the 1950s, the building was sold and converted into Town Apartments. In recent years, some modifications of the 13-story building were undertaken. Today, 140 apartments are vacant.

“We will offer studio, one-bedroom, and some two-bedroom units,” Sedillos says. “The renovated units will get new cabinetry, kitchens, and flooring. We will update all of the hallways with new finishes and lighting, and we’ll upgrade the fitness center and most likely move the laundry room from the second-level basement to the first floor. We’re looking at adding other amenities, as well.”

The renovation joins a growing list of improvements to the west side of the downtown district. DTE Energy is renovating the former Salvation Army building, located on Bagley just west of the Town Apartments, and will convert the 32,000-square-foot structure into an office building called Navitas (energy in Latin).

The utility also is working to add a pocket park on a triangular piece of property bounded by Grand River Avenue, First Street, and Plaza Drive, while in November, two restaurants will be added at the GAR Building at Cass and Grand River Avenue — Parks & Rec Diner and the Republic Tavern.

For more information about the Town Apartments (a website will be launched shortly), visit tritonproperties.com.