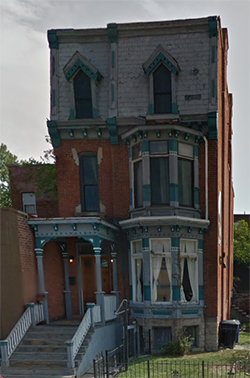 The Urban Consulate, billed as a network of parlors for urban exchange, will open its first space next month in Detroit’s Midtown district, offering events such as book clubs, dinner parties, and discussions.

“The hope is to connect both city dwellers and travelers for conversations,” says Claire Nelson, founder of the Urban Consulate. She says the Urban Consulate also has the goal of connecting residents of Detroit, Philadelphia, and New Orleans.

“(They are) three great American cities with amazing histories and culture, and they have also experienced some similar challenges over the years,” Nelson says. “I think that they’re kindred cities that can learn a lot from one another, and already have been…”

The 1,000-square-foot space will be located on the first floor of the former home of Zoot’s Coffeehouse, located in a historic house at 4470 Second Ave., near The Bronx Bar and Shinola.

“We’re not a welcoming center,” she says. “Other people do that really well already. It’s more about perhaps a traveler coming to Detroit who wants to go a little deeper and hang out with people who are doing great work. We look forward to talking about real challenges and real issues.”

She says the consulate will open April 1 with a welcoming party, followed by a week of events, including a talk about the role of women in shaping the future of cities, hosted by Nicole de Beaufort of the Detroit Women’s Leadership Network; a dinner featuring Nigerian food cooked by Chef Tunde Wey; and a discussion about James Baldwin, a novelist and playwright, among others. Nelson says the events are designed for 25 to 50 people.

In May, Nelson says a group of Detroiters will travel to New Orleans for a cross-city exchange.

To see the Urban Consulate’s schedule of events, click here.