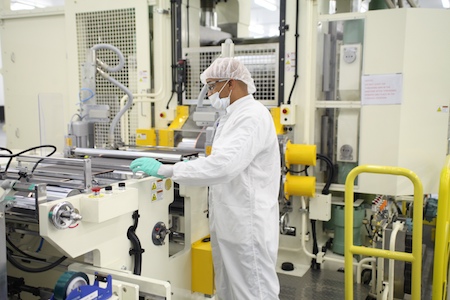 A123 Systems, a global developer and manufacturer of advanced lithium-ion batteries and systems, has selected Southfield-based Etkin to be development management for its new $40 million headquarters in Novi. Located off I-96 near the Fountain Walk complex, the 32-acre site was assembled by Etkin for the 150,000 square-foot facility, which will house corporate offices, an engineering center, laboratory space, and a manufacturing plant.

The new headquarters is expected to increase engineering jobs in the area and employ 400 people upon its completion in 2018. A123 says the new impact on the Michigan economy through its payroll will surpass the company’s current level by $10 million annually by 2019. The primary driver of the growth will be the company’s expanding engineering staff and testing capabilities at the new site.

“The new Novi headquarters will meet our future needs by becoming the epicenter of engineering for our industry. It will allow us to expand our engineering workforce and bring testing inside that has previously been done outside the company,” says Jason Forcier, A123’s CEO. “In addition to our corporate staff and engineering group, we will maintain manufacturing capability for systems assembly to meet the demands of the U.S. marketplace as it continues to evolve.”

Etkin will oversee all entitlements, development, and construction of the project, and has previously worked with General Motors Co., Volkswagen of America, TCF Bank, PricewaterhouseCoopers, BorgWarner, Compuware, and Merrill Lynch on their build-to-suit needs.