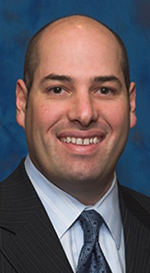 One of the most famous lines in a Shakespearean play are, “Et Tu, Brute?” The alleged last words are uttered from Roman dictator Julius Caesar as he is being slain by a group that includes his close friend, Marcus Brutus. The Latin phrase translates to “and you, too, Brutus?” In an ironic twist, General Motors’ recent announcement that the Cadillac brand will open a global headquarters in Manhattan’s trendy SoHo neighborhood leaves many Detroiters with a look of confusion and betrayal.

If there were one U.S. nameplate that defined Detroit, it literally would be Cadillac. It was on July 24, 1701, that French explorer Antoine de la Mothe-Cadillac founded Detroit. For some reason the geographically named feature of the area, “the strait” or “detroit” in French, stuck, versus the Fort Ponchartrain settlement, or even the explorer himself. We very easily could be living in “Ponchartrain” or “Cadillac” right now instead of Detroit.

In 1902, various remnants of General Motors (which were to be liquidated) were instead fused by inventor, master mechanic, and automotive entrepreneur Henry Leland, when he convinced William Murphy and Lemuel Bowen that his single-cylinder engine (originally developed for Oldsmobile) should be used in a vehicle. In turn, the newly formed car company was named after the explorer who established the city. Furthermore, as a tribute, the famed Cadillac automotive badge is patterned after Mothe-Cadillac’s family coat of arms. You really can’t get any more “Detroit” than that. Let’s also not forget the city of Detroit’s contribution to the company and brand though the use of eminent domain in the early 1980s to build the Detroit/Hamtramck Assembly plant, know as Poletown, which was an exclusive manufacturing home to Cadillacs when it first opened, and has been the birthplace for numerous Cadillac models since then.

Granted, in 1998, Ford moved its Lincoln-Mercury headquarters to Irvine, Calif., however, that move seemed to be an effort to take advantage of the concentration of design, sales, and management from the Asian car manufacturers having North American operations in that region. According to reports, Asian automakers had been poaching Detroit talent for years and Ford considered this one of the ways it could fight back. Ford eventually sold most of the brands associated with the move, and brought Lincoln back to Dearborn.

Likewise, Audi moved its North American Headquarters from Auburn Hills to a Virginia suburb of Washington, D.C. in 2008, however they weren’t founded here (they established their North American operations in metro Detroit in 1983). Nonetheless, Audi never was a part of the thread that created the fabric of the city over a century ago.

Now Cadillac looks to New York City of all places? It turns out that New York tops the rankings as the U.S. city with the lowest percentage of household car ownership with 55.7 percent of the residents without a car. The No. 2 city is Newark, N.J. (44 percent) and No. 3 is Jersey City, N.J., with 41 percent of households lacking a car. For the geography impaired, Newark and Jersey City abut New York City.

Detroit comes in at No. 29 with 22 percent of households without a car. Perhaps the real impetus for Cadillac to move its global operations to New York City is because they see it as an underdeveloped market. Have you ever tried to find a parking spot in Manhattan, or what some consider even worse, pay for one? Cadillac has put themselves in the circumstance of having to do the equivalent of selling ice to Eskimos in Alaska.

OK, well maybe it’s for the tax rate? According to The Tax Foundation, Michigan has a current corporate tax rate of 6 percent and the State of New York is at 7.1 percent. In fact, The Tax Foundation ranks New York as the worst state in the country in terms of taxes with their ranking of 50 on its Overall Index. New York has a higher tax burden than Michigan in every major category tracked, except for the state sales tax. Overall, Michigan comes in at No.14. It’s not clear how this increased tax burden for Cadillac is in the best interest of GM shareholders; not to mention the higher cost of rent, salaries, and associated costs for a global headquarters in a city with the highest cost of living in the country.

If Dan Akerson was still the CEO of General Motors, maybe you could make the argument that he’s not a native Detroiter, or he’s trying to be closer to the financial markets during the bankruptcy turnaround phase of recovery, however that doesn’t seem to be the case here. Likewise New York City is not known for its engineering or automotive design talent, but rather its marketing, and fashion hubs.

In turn, CEO Mary Barra is a Detroit-area native. She should know what the nameplate means to the city and it’s historical connection. Despite having to deal with a lot (the least of which is the ignition switch recall) since taking the wheel, Barra might have considered moving Cadillac’s marketing department to the Big Apple. Even Julius Caesar would go along with that one. It’s still Detroit vs. Everybody, including Detroit.