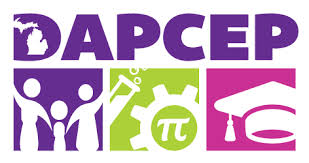 The Detroit Area Pre-College Engineering program, or DAPCEP, is further advancing its footprint in the Motor City on Tuesday as it kicks off collaborative programming with Houston-based C-STEM (communication, science, technology, engineering, mathematics).

Through the new partnership, DAPCEP will serve as the conduit for Detroit-area students and schools participating in the new C-STEM Challenge Midwest, which like the national program, will require K-12 students to solve STEM-related challenges.

The Detroit nonprofit provides both in-school and out-of-school educational programming in science, technology, engineering, mathematics, and medicine to more than 4,000 youth per year across metro Detroit. The students are between the ages of 4 and 18, and in grades Pre-K to 12th.

The program teaches nanotechnology, renewable energy, robotics, computer programming, chemical engineering, mechanical engineering, and other disciplines to youth who otherwise would not be exposed to such fields.

The regional championship, to be held April 10-11, will run concurrently with the 2015 Shell Eco Marathon, which recently announced its move from Detroit to Houston for the next three years, says Jason Lee, executive director of DAPCEP. “Leading up to that, we’re going to work with schools throughout the school year to provide the curriculum and support for professional development,” Lee says.

The Shell Eco Challenge is a global competition that challenges students to design, build, and test ultra energy-efficient vehicles.

To begin, the organizations will target 60 classrooms in the Detroit area for the inaugural competition. Teachers working with the classes — and representing communications (English), science, technology, engineering, and mathematic — will receive training so they can properly engage with students as they prepare for the competition.

Lee says the event is similar to DAPCEP’s existing in-school program through the Detroit Public Schools, which culminates in the Metropolitan Detroit Science Fair. “There might be some overlap between the two, but we look at this as another opportunity for us to bring STEM education to K-12 systems in southeast Michigan,” Lee says.

“There are over 60,000 jobs in southeast Michigan that cannot be filled, and many of those are in STEM disciplines,” Lee says. “The foundation for a lot of these jobs — not only now but also in the future — is in science and mathematics. By giving kids an early exposure to these fields, we increase the probability that they will be successful in these fields through high school and post secondary education.

Further details about the partnership will be unveiled at 8 a.m. on Tuesday at the Julian C. Madison Building at 1420 Washington Blvd. in downtown Detroit. For more information or to register for the event, click here.