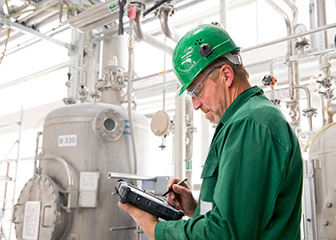 Detroit is ranked No. 2, behind Chicago,  as one of the top cities in the Midwest for available jobs, propelled by openings for mechanical engineers, CNC programmers, and software architects, says a new report released by ZipRecruiter, a job posting service.

“Advancements in automobile technology have made engineering and information technology powerful in Detroit,” says Kylie Anderson, the report’s author.

The top five industries and the most sought after jobs in the Detroit, Warren, and Livonia region include mechanical engineers, CNC programmers in manufacturing/operations, lab testing recruiters in health care, software architects in the IT sector, and advertising sales executives in marketing/public relations.

Other Michigan cities that made the top 20 jobs list in the Midwest include Grand Rapids at number six, Lansing at 11, and Kalamazoo at 18. In-demand jobs in Grand Rapids include field service technicians, plant managers, and managers of surgical services. Sought after jobs in Lansing include embedded software engineers and  family nurse practitioners.

“Lansing boasts a varied economy that continues to perform well in the educational and insurance industry,” Anderson says.

Detroit placed above cities such as Minneapolis, Indianapolis, and St. Louis.