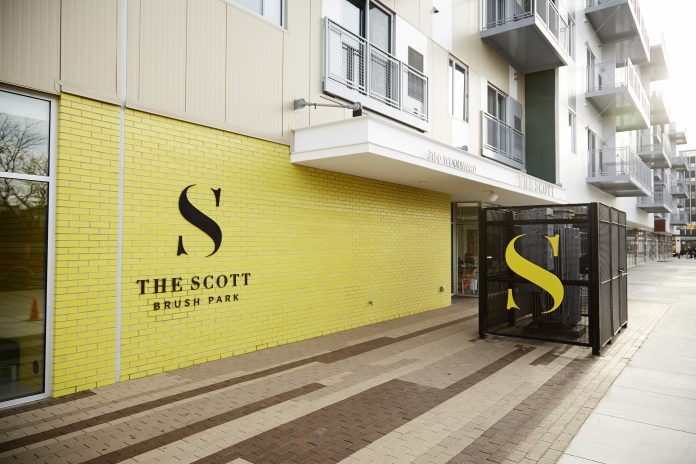 An American-style bistro called Empire Kitchen and Cocktails is slated to open in May in the Brush Park Historic District in Detroit, with the official opening date to be announced next month. The restaurant will be on the first level of The Scott at Brush Park at 3150 Woodward Ave., near Little Caesars Arena.

“When you enter Empire, you will immediately feel the excitement and energy,” says Brian Adelman, co-owner with Michael Abrams of Empire Kitchen (David Pittaway is their partner). “From the couch in the dining room, to the garage doors that open in the summer, as well as an outdoor patio, it’s the perfect place to meet friends for drinks, take a carry-out during the week, or bring families downtown for dinner.”

Aaron Lowen, a graduate of the Culinary Institute of America, will lead the culinary team and oversee all aspects of the restaurant.

“We will offer food with the highest quality ingredients – all American favorites,” says Lowen. “Empire will be known for specialty craft cocktails with a high variety of spirits, and our bar spans over 30 feet long with liquor displays that stretch the entire length of the restaurant.”

“Since The Scott at Brush Park opened in Brush Park in late 2016, we knew we wanted a dynamic restaurant concept to complement the growing neighborhood,” says Richard Broder, CEO of Broder and Sachse Real Estate in Detroit, which developed and manages The Scott. “Mike’s extensive experience in the hospitality space is an asset as he prepares to open Empire Kitchen and Cocktails.”

Initially, the 3,150-square foot Empire will only be open for dinner, but will add weekend brunch and lunch.

Abrams and Adelman also own the franchise rights to Five Guys Burgers and Fries for the state of Michigan and have 31 locations.