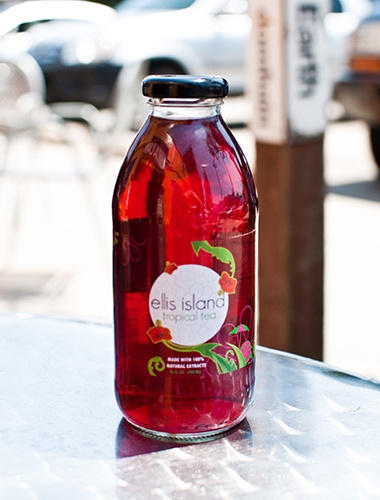 tThe story of Ellis Island Tropical Tea has come full circle as the Detroit-based beverage manufacturer has expanded by sending 75 cases to the gift shops and cafes at the Statue of Liberty and Ellis Island in New York.

t“Selling our tea at Ellis Island and at the Statue of Liberty is like … the family tea is coming home,” says Nailah Ellis, founder of Ellis Infinity, which produces, distributes, and markets a beverage based off an old family recipe. “I imagine my great-grandfather (Cyril Byron) looking up at the Statue of Liberty in the harbor when he first arrived more than 100 years ago and then passing through Ellis Island. I think Cyril would be proud to know that something he created is still being enjoyed today and that it can be found at such an important place.”

tThis isn’t the only major breakthrough for Ellis, who first began commercially selling the hibiscus tea in 2008 and just recently opened a production and co-packaging facility on Clay Street, near the Russell Industrial Center in Detroit. The 26-year-old is in Chicago this week, offering samples of her product at five Whole Foods stores in the city.

t“(Whole Foods) put me in the Whole Foods Market Midwest Region, but I’ve decided to start off with Chicago first,” Ellis says. “This way, I can focus on guerilla marketing and get my name out there. If I took on the whole region at once, I wouldn’t be able to develop product awareness and it might not sell.”

tBeyond expanding distribution of her product, Ellis says she plans to begin offering consulting services for specialty beverage companies in the near future.