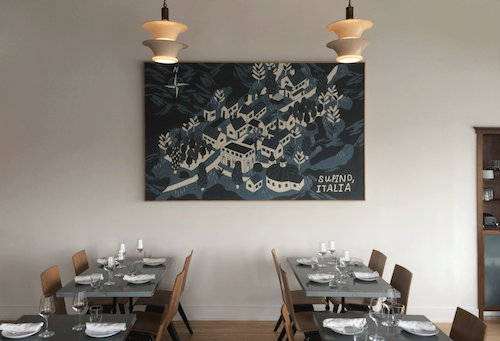 Despite popularity among local diners, owner Dave Mancini has announced plans to shutter La Rodinella, his fine dining northern-Italian restaurant to expand dine-in space at his neighboring Supino Pizzeria after only a year of service.

La Ronindella shared a kitchen and wall with Supino which Mancini recently decided was more profitable. The restaurant will close after Saturday’s service to accommodate Supino impending expansion, intended to devote more sit-down space for the casual pizzeria’s dine-in customers, while the existing restaurant next door will be used mostly for carry out orders. New features including a scaled-down bar highlighting wine, daily pizza and pasta specials, and adjusted hours of operation are also expected to accompany the change.

In 2013, Supino was ranked as Detroit’s top rated restaurant by Zagat.

For those in the area between now and Saturday, La Rodinella is located at 2453 Russel Street in Eastern Market.