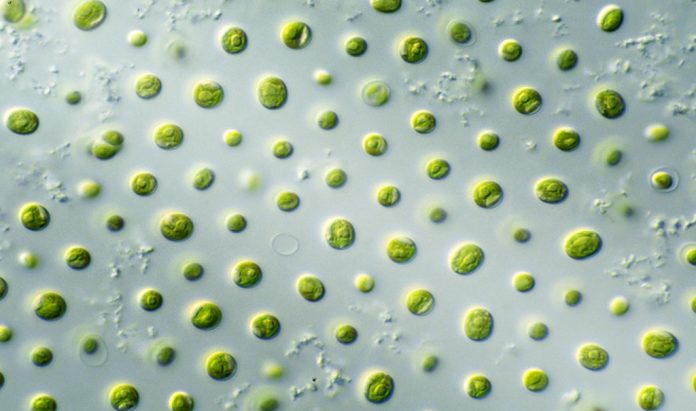 Scientists at East Lansing’s Michigan State University have released a new genetic engineering toolkit for the algae species Nannochloropsis oceanica, which is of interest for the production of biofuels and other oil-based chemicals.

“Nannochloropsis is a great candidate for useful applications,” says Eric Poliner, a former MSU graduate student in the laboratories of Eva Farre and Christoph Benning. “It is quick to grow. It is easy to study. And it produces a lot of oil, which is interesting for industrial production.”

The toolkit relies on CRISPR, a set of tools to edit genes in an organism’s DNA. Scientists can use CRISPR to insert a gene construct into an organism, which has a guiding mechanism to target specific stretches of DNA for mutations, as well as instructions to delete, expand, or change the stretches.

“We insert mutations with the help of episomes, circular pieces of DNA foreign to Nannochloropsis,” says Poliner. “Our algal cells can maintain that foreign DNA for a while, which is unusual, as other algae can’t.”

As the algal population multiplies over the generations, a high percentage loses the foreign DNA. However, the mutation brought in with the construct survives in subsequent generations, becoming an integral part of the genome. This feature would address public safety concerns in case engineered algae are ever mass-produced in open ponds. They may not be considered genetically modified organisms, due to the lack of foreign DNA.

“There are several university labs and biotech companies now working on Nannochloropsis,” says Poliner. “The hope is that the toolkit will help the research community to expand. My goal is to help researchers to do their advanced studies. I don’t want them to reinvent the wheel, so the information is easily available to the community.”