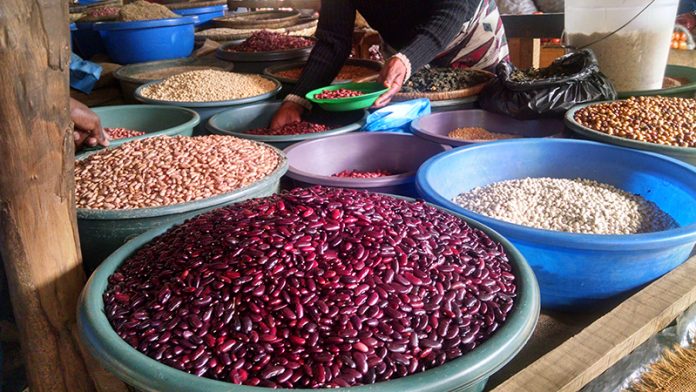 Michigan State University in East Lansing is now home to the new Feed the Future Legume Systems Research Innovation Lab, which will unite researchers from universities across the U.S. with international collaborators to improve the lives of legume farmers worldwide.

The lab was funded through a $13.6-million award from the U.S. Agency for International Development (USAID).

The lab will focus on profitable and environmentally sustainable systems for edible legumes, including common beans, cowpeas, and pigeon peas, while investigating crop production systems that fortify soil fertility. Research will focus on Central America and West Africa with the goal of improving nutrition, sustainability, and economic opportunities, especially for women and youth.

“These two regions have some of the most significant challenges for food production and proper nutrition in the world,” says Cynthia Donovan, lab deputy director and associate professor in the MSU department of agricultural, food, and resource economics. “By pairing U.S. researchers with scientists already working in these regions, we can collectively address problems and find solutions within the context of their specific local and regional needs.”

The program has existed in past iterations and builds on a history of partnerships between MSU and USAID on the scientific advancement of legumes that have benefited both Michigan farmers and smallholder farming communities abroad.

“MSU has over three decades of leadership in previous programs involving global legume research efforts,” says Barry Pittendrigh, lab director and MSU Foundation professor in the department of entomology. “We’re taking a highly multidisciplinary approach to solving the problems legume farmers face in the developing world and will seek partners with the most cutting-edge, innovative ideas and techniques to address them.”

Guatemala, Honduras, Mali, and Ghana are some of the countries where legume crops play significant economic and dietary roles and are likely to be included in the research.

The lab aims to increase common bean production and consumption in the Guatemalan Highlands, where growth-stunting rates due to malnutrition are high. It will also work to improve production systems with legumes across West Africa, where countries have some of the lowest human development indices in the world.

Researchers will also investigate the potential of new crops such as tree legumes, pigeon peas, and other species to improve the genetic diversity, drought tolerance, and pest resistance of legume farming systems while also presenting new income through marketing.

“The predecessors to this program built strong communities with long-term collaborative research partnerships, which produced innovative outcomes that would otherwise have never occurred,” says Pittendrigh. “We now have the opportunity to bring new players into those communities, as well as pursue the most promising findings from the past.”

Supporting the research in developing countries will help legume farmers around the world, including in the U.S.

“By investing in international legume research, we’re enhancing the group of researchers working on the crop in general,” says Donovan. “Many of the innovations that come out of globalized work are applicable to agriculture here at home, in Michigan and the United States as a whole. Improved black bean varieties are a great example of how collaborative research from a previous iteration of this program benefited Michigan farmers.”