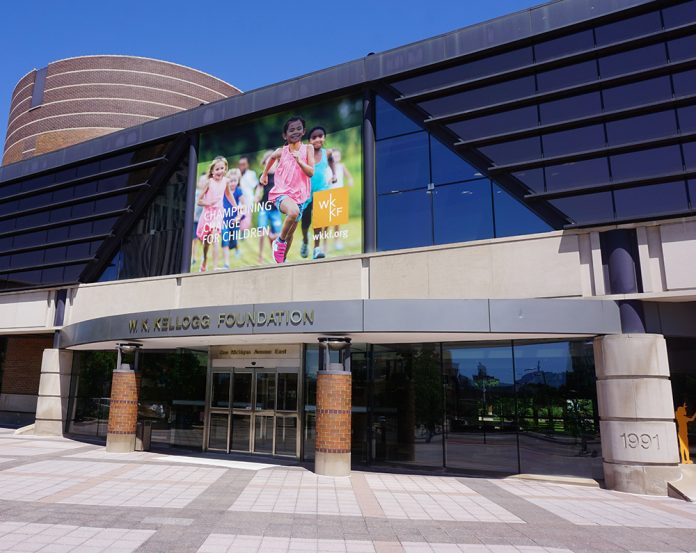 Nelson will be responsible for providing leadership and oversight of the foundation’s investments in Michigan to create conditions that ensure children have opportunities to thrive in equitable communities. She will be based in the foundation’s Detroit office and will lead the foundation’s statewide grant-making priorities.

“Faye’s leadership and deep knowledge of crafting community partnerships will only strengthen our work on behalf of children in Michigan,” says La June Montgomery Tabron, president and CEO. “Her extensive experience with nonprofits, corporations, and high-level redevelopment projects will further the bold efforts already underway in Battle Creek, Detroit, and Grand Rapids.”

Most recently, Nelson served as the 2017-2018 Sojourner Truth Fellow at the University of Michigan Taubman College of Architecture and Urban Planning in Ann Arbor. Nelson and graduate students examined the impact of place-making and public-space development in urban communities over 13 weeks, using the transformation of the Detroit riverfront as a case study.

Previously, Nelson was a vice president at DTE Energy in Detroit, and president and board chair of the company’s philanthropic arm, DTE Energy Foundation. There, she co-led the restructuring of the foundation and oversaw its annual grant-making to more than 400 nonprofits throughout the state.

Nelson was also inaugural president and CEO of the Detroit RiverFront Conservancy. During her 10-year tenure, she oversaw the public-private partnership transformation of the abandoned industrial waterfront into a public space that includes more than 3.5 miles of parks, plazas, pavilions, and pathways. The riverfront hosts more than 3 million visitors per year and has generated more than $1 billion in public and private investment.

Nelson serves on the board of several Detroit-area organizations, including the Detroit Symphony Orchestra and Henry Ford Health System and Health Network. She has more than 20 years of board service experience, 14 of which were with Compuware Corp.

The W.K. Kellogg Foundation was founded in 1930 as an independent, private foundation by Will Keith Kellogg, who founded Kellogg Co. It is among the largest philanthropic foundations in the United States. The foundation works to help children.