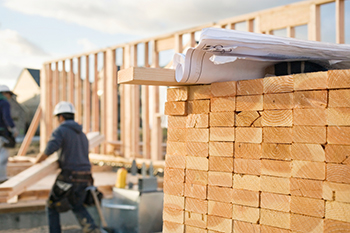 The number of single-family home permits issued in metro Detroit has rebounded in January and February with 600 permits issued, a 70 percent increase compared to the same two months in 2015, says a new report released today from the Home Builders Association of Southeastern Michigan.

“While we did have some snowstorms in January and February and there were a couple of periods of cold weather, it was nothing like the last couple of years,” says Michael Stoskopf, CEO of the Home Builders Association. “They were able to get good work accomplished, basements are still going in the ground, framing is still happening. That’s why we’re off to our best start since 2006.”

He says Oakland County has led the way in 2016 with 254 new home permits issued, with Macomb County falling closely behind.

“In particular western Wayne County — Canton, Plymouth — are helping to drive Wayne County this year to be a solid third place for permit activity,” Stoskopf says.

“In 2015, I don’t know if I’d say it was a tale of two six-month (construction) periods,” Stoskopf says. “It seemed like we were slowing down a bit in the single-family home market, but then as the weather continued to remain mild into the September, October, November timeframe, that helped make up some of the ground.”â€‹

He says the Home Builders Association predicts a total of more than 3,000 permits will be issued from March to August, which would represent a 23 percent increase when compared to the same period last year. If the prediction holds, May could see more than 600 new home permits issued, the first time since July 2006 that permits exceeded that threshold.