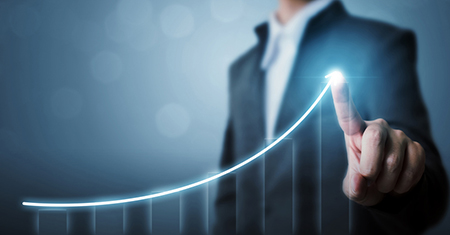 Dykema, a large law firm in Detroit, today announced respondents to its 14th Annual M&A Outlook Survey expressed the highest level of optimism for the mergers and acquisitions market in the survey’s history.

About 65 percent of respondents expect the mergers and acquisitions market to strengthen over the next 12 months. This is up from the mid to high 30s, where it has remained for the past several years.

The increased optimism is tied to economic conditions – 64 percent of respondents indicated a positive outlook on the economy during the next 12 months.

“The spike in optimism in this year’s survey was not a surprise,” says Thomas Vaughn, co-leader of Dykema’s M&A practice. “We’ve been hearing a similar sentiment from all of our clients, largely fueled by the strong economy, successful completion of several major megadeals this year, and the strength of the financial markets when the survey was taken in the summer of 2018.

“While there is no sign of optimism in M&A slowing down, many in the industry are wondering if it will be able to continue at this pace and, if not, when the next downturn will arrive.”

About 48 percent of respondents indicated a Democratic victory in the Senate would have a positive impact on mergers and acquisitions, while 35 percent said it would have a negative effect.

In turn, some 75 percent of respondents said they would be involved in an acquisition in the next 12 months. This is up from 68 percent in 2017. About 82 percent of respondents expect an increase in merger and acquisition activity involving privately owned businesses in the next 12 months, and for the fifth year in a row, availability of capital is the top factor fueling U.S. merger and acquisition activity.

In the past 12 months, 58 percent of respondents used representations and warranties insurance in a deal. Most respondents foresee a significant or somewhat positive impact on merger and acquisition markets from the corporate tax cut (81 percent), U.S. repatriation tax changes (78 percent); and personal income tax decreases (68 percent). Respondents predicted automotive, then energy, consumer products, health care, and technology, will see the most merger and acquisition activity in the next 12 months.

“One of the more interesting findings from this year’s survey is the respondents selected the automotive industry as the sector they expect to see the most M&A activity in the coming year, with health care and technology dropping to the fourth and fifth sector ranking,” says Stephen Sayre, co-leader of Dykema’s mergers and acquisitions sub-practice group. “Deal making in this section could be vigorous as the automotive industry hits a wave of disruption with the rise of connected and driverless cars.”